The Top 6 Places to Visit in New York City

Recently, I won a trip to New York City to appear on "New York or Butts?", a game show where contestants must distinguish aerial photos of Manhattan from close-up pictures of buttocks. While touring the city, I discovered some great spots that all visitors to the Big Apple should add to their itinerary. 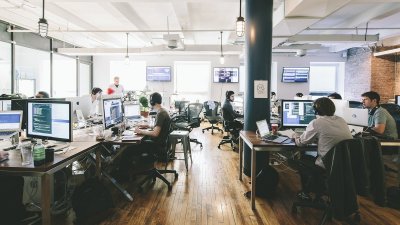 Visitors to tumblr's Manhattan headquarters can view the state-of-the-art servers on which all tumblr posts are stored. The servers are large, upright glass tubes, and the faint blue light they emit feels cold on your skin. Inside the tubes, shapeless forms twist and writhe as if trying to escape. Occasionally a meme or selfie will pop into focus, then dissolve into the murk. You may hear whispers promising you Follows, or see visions of your deepest fantasies - you and Karen O meet at an organic taco stand; your post on why the Protomen should be called the Protopeople gets 1,000 reblogs. The tour guide warns you not to touch the glass, mentioning something about a coworker who set himself on fire. 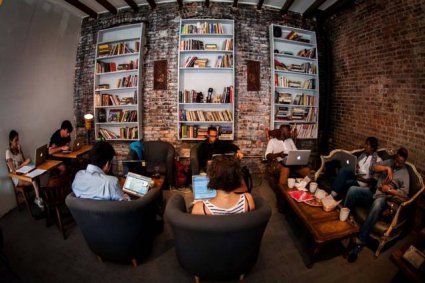 Like every cafe in Brooklyn, this modest coffeehouse is full of aspiring authors sipping $5 teas and typing furiously on their MacBooks. Some are penning experimental novels in a style combining minimalism and maximalism called manimalism. Others are drafting literary short stories that so vividly evoke the vicissitudes of daily life that they're indistinguishable from reality. In fact, this coffee shop, its patrons, and the entire universe actually exist within a Word document being typed by a balding MFA student who is sitting in the corner of the Brooklyn Bean Collective, tapping his feet to Yo La Tengo. 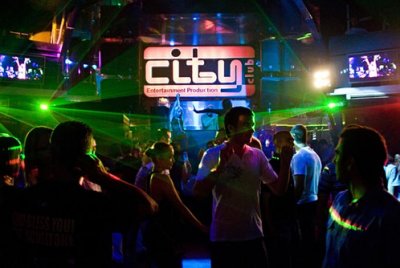 Metrosexuals are men who are sexually attracted to cities. They meet every night at this Lower East Side club, drinking Manhattans and dancing to "Under the Bridge" and other songs that romanticize urban landscapes. Buy someone a few drinks and you may be invited to the VIP room, where members take turns making love to the city through a giant, pulsating orifice in the floor. 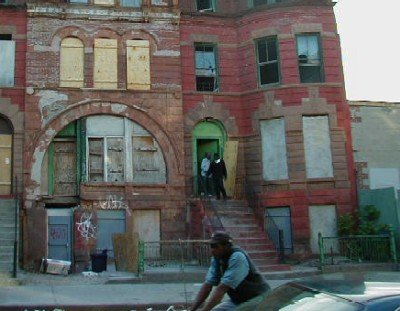 The Momofuku Milk Bar's infamous Crack Pie earns its name by being so delicious that it turns people who try it into depraved addicts who rob churches and sell their own skeletons to support their habits. Some dough fiends even bake the pastry themselves, despite the high risk of an explosion when the eggs are added to the sugar.

In this burned-out building in the Bronx's Hell's Bakery district, homeless pieheads toil over makeshift ovens while others huddle in corners shooting dough into infected veins or obsessively straining their flour for invisible weevils. Calmly approach one of the cooks, avoiding eye contact and sudden movements, and you might score a slice for $3 - a fantastic price that more than makes up for the silica dust and arsenic in the crust. 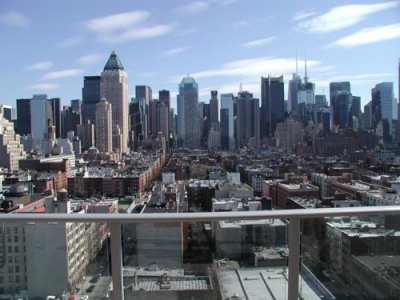 The air over Manhattan is so polluted that even light has trouble passing through it, moving at roughly a trillionth its normal speed. Thus, if you look at the island from a distance you can actually see into the past! Crash a rooftop party in Williamsburg and witness 9/11. Climb a tenement in Bushwick and view the pre-9/11 heyday of irony, when David Letterman roamed the streets squirting people with a Supersoaker full of urine and the Chrysler building was just a giant middle finger. Scale a cottage in the Hamptons and see the cosmos explode from a single infinitely dense point located in present-day Times Square, confirming all New Yorkers' belief that their city is the center of the universe. 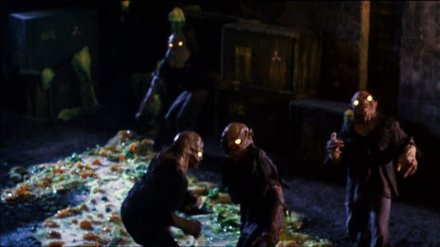 In the mid '80s, this two-mile stretch of the Freedom Tunnel was a gore-soaked abattoir where glowing-eyed mutants worshiped crude ikons made of skulls. But today it's one of New York's safest neighborhoods, thanks to an influx of white art students, which has raised rent and spurred a crackdown on cannibalism-related crimes. Now anyone can walk to their favorite underground Starbucks at 9PM without fear of getting eaten alive by CHUDs, who have mostly relocated to other, poorer tunnels. The few CHUDs that still live here are friendly, good-natured and more than happy to tell you about their fascinating culture as they bag your groceries.

Overall, it's a great place to visit as long as you don't mind the high prices and occasional "Gentrification is the new colonialism" graffiti smeared in human blood.