Jimmy Buffett is an accomplisher. His songs about drinking, sailing, and inebriation have been perennial hits since Jimmy lent his tremendous gifts to the music world, and recently, "Margaritaville" was named "Song of the Century" at the 12th Annual Moms' Choice Music Awards (sorry, "Kokomo!"). Buffett's chain of restaurants named after that award-winning song is a major success throughout the United States, with menu items like the $18.99 plate of "Volcano Blows" hot wings delighting thousands upon thousands of hungry Baby Boomers. Jimmy's other business venture, the online cartography store "Changes in Latitudes" is now the number one supplier of sextants in the Northern Hemisphere. Buffett is no stranger to success, and his upcoming album Bahama Bedsores will no doubt propel his career further into the stratosphere. I recently sat down with the tropical crooner who turned the pirate life from murder and booty to smoking lots of dope on a speedboat to find out what surprises this new decade of Buffett life will supply to the world - if we deserve it!

BM: Thanks for inviting me out to your boat, Jimmy. I've never seen a monkey dressed up like a pirate before - let alone twenty. Heck, when I interviewed Seth Macfarlane last year, we spent most of our interview sitting in bean bag chairs!

JB: (coughing up smoke) No problem, bud. My theory is, people love monkeys - and they're hilarious. We add costumes to this equation and -boom! - we're looking at a 380% increase in enjoyment. We used to have a lot more, though. The monkeys, I mean. Most of 'em freak out when you solder on those little eye patches. Jump right overboard. And it's such a bitch to get that big skimmer out, so it's like, sometimes you gotta move on.

JB: That was the plan for "Margaritaville," too - monkey waiters - until we found out how much those little bastards like to drink. They all died of alcohol poisoning the first night! When I got there the next morning, it was like walking into a room full of tiny Hendrixes.

BM: Tragic. But We should move on.

JB: Right, and speaking of parrots, wouldn't it be killer to have one of these awesome parrothead t-shirts?

BM: I'm wearing one now. One of your people gave me a shirt when I got on the boat.

[Jimmy pulls out a cellular phone and enters the cabin. After 20 minutes of muffled screaming, he returns.]

JB: Give it back. 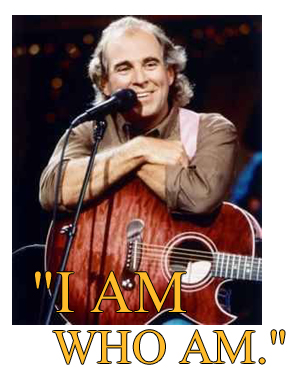 [I comply and hand my shirt over to Jimmy.]

JB: You can have it back for 30 clams. And that's because I like you.

BM: We should really get around to talking about Bahama Bedsores, your newest release. It's really a departure from your usual style, especially "Beach Bum 3000 (feat. Jim Belushi)."

JB: Right, right. James and I have been looking to work on a project for a while, but he's always too coked up to remember anything whenever I see him - no offense, Jimmy. So one time when I was at a luau, I saw James screaming about magic candles or something like that. So I took a kebab skewer and wrote a reminder in his flesh. Next morning, he reads the scabs, calls me up, and the rest is history. True story.

JB: Jim Belushi plays a robot beach bum in the year 3000, where beach bumming is illegal. The beaches are metal and the oceans are liquid metal or something. And he's the only one brave enough to lie around, jobless and motionless.

BM: Ah, now I finally know the meaning of "Have no fear / I bring my laser beer."

JB: Exactly. We're actually turning it into a direct-to-DVD movie, but since Jim Belushi is a little too high-profile for something like this, we got his brother, Roy. Remember Yasmine Bleeth? We couldn't get her. Nicole Eggert is going to play B.E.A.C.H.S.T.A.L.K.E.R. We still have to figure out what those letters stand for.

JB: I'll tell you this much: the Cheeseburger in Paradise merchandise is selling as well as my concert oyster bucket after last summer's botulism scare. It's probably because most of my audience is dying of heart disease. So we've recalled all of the Cheeseburger in Paradise shirts, hats, inflatable bath pillows, beer holders, and cheeseburger storage units, and re-branded them with the new remix names. Last night I watched a fatass in his 50s buy a Cheeseburger in Paradise: MIDI Mix melon baller. Half an hour he comes back to buy one of my $30 cantalopes injected with vodka. Do you realize how goddamn low my profit margins are?

[Jimmy runs to the cabin, emerges with a revolver, and fires it wildly in the air.]

JB: Sorry, but I like to do that sometimes to punctuate my sentences.