Why visit a "high end" treasure hunting boutique stocked with inventory that's virtually free of the defects you're looking for? Why waste your time at a discount retailer whose flawed items are the result of mistakes rather than intricate design? What a headache!

When you're tired of hunting for gear before the treasure hunt even begins, come visit Useless Treasure Hunting Equipment. Our items are expensive and expertly crafted with a variety of defects to meet the demands of any adventurer.

This week's new inventory includes some of our most requested gear: 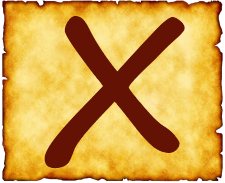 "Why can't you find the treasure? It's right there on the map! The X couldn't be drawn any closer if they tried! You're the worst. This entire trip was a terrible idea."

Expect to hear your reluctant sidekick react with similar comments when you head into your next adventure with the 1:1 Scale Treasure Map, the map that is so straightforward it might as well have never been drawn. You'll spend hours holding it up in front of your face, rotating it with a perplexed look on your face, and desperately glancing from the map to your surroundings. 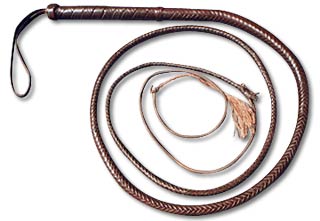 Everyone loves a good whip. They look really neat and have so many uses. Too many uses, if you ask us.

We use a special brand of industrial resin to permanently keep the whip coiled. Now you'll never run the risk of reaching to your side, unwinding the whip with a sly look on your face, and pulling off an amazing act to fend off a bad guy or cross an impossible obstacle. For an extra $10, we'll glue the whip into its holster so you won't even be able to remove it! 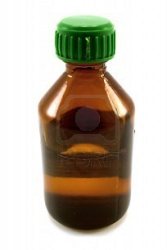 Have you run into a remarkably engineered thousand year old trap that just shot a dart into your neck? Are you uselessly clutching the wound as your vision doubles and whirls around in a blurry haze, causing you to stumble sideways in a somewhat comical manner?

Reach for our bottle of Poison Antidote With Sealed Cap. Oh, it might appear as though the cap can come off if you apply enough desperate force, but it won't. The unique two-way grooves ensure that twisting the cap one way will lock it further in the opposite direction. In fact, we're not even sure how we got the cap on in the first place.

Don't get any funny ideas about breaking the bottle either, as it's made of the strongest substance on Earth: The very same plastic that they use to make packaging for video game controllers and accessories. 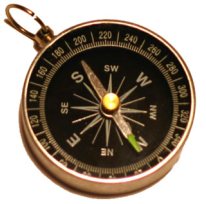 Compass Which Is Actually Just A Clock

Which way is north? That depends on what time it is! Never again will you be burdened with the knowledge of which direction you're traveling.

Also, this product does not actually tell time accurately. The needle moves counter-clockwise in increments which are neither minutes or hours, but a measurement of something that we call "Internet Swatch Time". 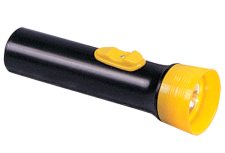 Being able to see every nook and cranny of a cave, tomb, or hidden passage with a flashlight is the worst. Thanks for nothing!

Our specially designed brand of flickering flashlights are guaranteed to go out at the most inopportune time. How do we do it? Built-in sensors feed audio and visual data to the cpu, which monitors the situation and reacts accordingly.

If you turn a corner and come face to face with a roaring mechanical bear, the light will go out immediately. When you speak to someone attractive, the light will dim measurably until you shake the flashlight and point it at your face, at which point it will go into overdrive to deliver a flash of illumination that's twice as powerful as usual. 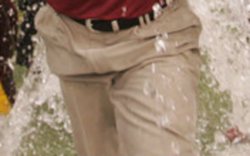 Now you can feel like you just fell into a sewer all the time! Enjoy the sensation of a million types of fungus growing on your feet as water seeps down your increasingly chilly legs, collecting in your shoes and turning each step into an awkward squelch.

Sometimes all the puzzle solving, fist fighting, whipping, and quick thinking aren't enough. In these rare cases, you'll need a gun to quickly shoot off a lock, slow down pursuers, or overcome a swarm of attackers.

With this handgun, your survival in these situations will be delightfully impossible. The weapon's cast iron trigger is constantly kept at a red-hot 700 degrees Celsius. Pull out the weapon, attempt to fire it, and you'll hop up and down hilariously as your index finger sizzles.

The best part? Even if you manage to pull the trigger, the gun isn't even real! It's simply a convincing shell that contains a heating element.