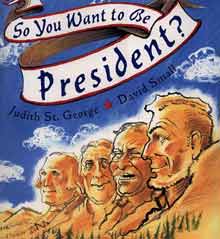 Sure what the hell.The past eight years have seen America at its most crucial hour. The attacks on the World Trade Center and the Pentagon on September 11th, the war in Iraq, the declining economy, and the delicate state of social security, these problems won't go away anytime soon. It is imperative that we elect a leader that can see us through these times. That man is G.W. While he has already served a lengthy term in office I feel that a change in the constitution would be appropriate in order to get this man elected again. If we are going to do it for Arnold we can do it for him. G.W. is a man who has seen adversity and overcome it by sheer force of will. In the future we will need a man with charisma, integrity, and the strength of his convictions to lead us into the new world. In the 2008 presidential election that man will be G.W.

In 2008 make your vote count. Vote for George Washington.

Alright, I know what you're thinking, "Spokker you ignorant fucking twit. George Washington was already president and he's fucking dead. Goddamnitt Spokker you've done some stupid shit but this really takes the cake!" Yes I know these things. But we owe it to our country to dig up the greatest president who has ever served for this fine nation and put him in office for another run. He doesn't even have to be alive! A dead George Washington would win by a landslide against any opposing candidate. Shit, a guy dressed up like George Washington would wipe the floor with any opponent.

Here is a guy who, after the revolutionary war, people wanted him to be king. They said, "George Washington please rule over us like the dogs we are and make Thursday all-you-can-eat rib night." and Washington said, "Are you people fucking retarded?! We just spent the last few years fighting the faggot British to get away from that king and queen crap! Jesus you people are dumb." Washington declined the offer. He was one of the forefathers that pioneered the kind of government we have today. We have since strayed from Washington's ideas and ideals and its about time this country gets back to it's roots. If George W. Bush can be president then an undead George Washington surely can. To give you a better perspective on why Washington should be elected president in 2008, let's explore a little bit of Washington's life. To make this update the most informative it can be I actually checked out a book from the library called Washington: The Indispensible Man. It's the first book I've read since Howard Stern's Private Parts.

Washington was born on February 11th, 1731 on the old style calendar and on February 22nd, 1732 on that new-fangled Gregorian style calendar in Westmoreland County, Virginia. At an early age his parents were killed by Grizzly bears and the bears took the child as their own. He was raised in the woods by bears and became a woodsman. This gave Washington the reputation of being a rugged guy. But Washington did not want to live with the bears so he entered civilization and tried to meet chicks. Washington was unlucky with women. If he were alive today he would post an e/n thread in GBS asking why girls are such bitches. Remember folks, a woman who has sex with everybody is a slut. A woman who has sex with everybody but you is a bitch. So instead of screwing girls he was sent into the woods with Indians to fight the French.

Washington was a terrible commander at first. He often took positions that were above and beyond what he was capable of doing. But he was chosen because he was the only guy around who had experience in the wilderness. This is similar to how I write for the front page of Something Awful. But you know those movies where there is a huge battle and everybody but the main character is getting killed? Braveheart and The Last Samurai come to mind. Washington was like that. No matter how badly the battle was going he was never killed. His horses would often be shot and killed and he would just hijack another one and keep on going. I never believed those movies until I read the story of George Washington. He must have been able to slow down time like Max Payne or something. Unfortunately Washington was never able to father an army of super children who can stop time and dodge bullets. He was sterile. It's amazing that heroes like George Washington couldn't have kids but today with the help of medical science retards can pop out kids left and right, up to eight at a time! That's democracy for you! Eventually Washington became President and gave the finger to Europe and told them to fuck off.

In an effort to keep this article from becoming a 3,700 word bore fest like the stupid pet food one I posted last week, I won't talk about the entirety of Washington's life because quite frankly I didn't finish the book and I would like to play Mercenaries sometime this week. It's a really good game but has some annoying bugs. I was on the Jack of Clubs mission and I knocked out the guy and called in a helicopter. But I fell onto this ledge and couldn't get the fucker onto the ground and into the helicopter so I could get the full bounty. So I just killed him and took a picture. Also the vehicles are really floaty which is somewhat annoying. Other than that I think it's a great candidate for game of the year and I really hope they improve on the inevitable sequel.

To show just how much the role of presidency has changed since Washington I have created a poorly constructed table that compares the first president with the 43rd president, George W. Bush, in various categories. I also wanted to hold a Guts style competition complete with the AGROCRAG but Bush's PR folks would not return my calls. Undead Washington would have beat his ass anyway.

So as you can see Washington wins in all categories because he is the fucking man and has a huge penis. If I were alive back then I would have taken all nine inches of Washington if he desired it to be so. Talk about serving your country!

Earlier this week I sat down with the Grim Reaper and spoke with him about the plausibility of resurrecting George Washington and he had some very interesting things to say.

Spokker: Thank you for taking the time to speak with us Grim Reaper.

Death: Anything for a friend, Spokker. And oh, just call me plain old Death.

Spokker: Death, is it not impossible to bring back someone from the dead?

Death: Oh it's entirely possible. In fact we have a whole system set up for such requests.

Spokker: So why don't more people do it?

Death: Because it's such a pain in the ass. You have to fill out a bunch of forms, make copies of the death certificate, then you have to mail all this crap in and it takes eight weeks to process. Then on top of that there's a filing fee. After people realize what a pain in the ass it is they just give up. But we have to go by protocol. What can I say?

Spokker: How much is the fee?

Death: About a hundred bucks. But in November we have a Day of the Dead special where we cut prices in half in celebration of the Mexican holiday.

Spokker: Thank you for speaking with us.

Death is a nice guy. His wife is cool and we all hang out all the time. This one time Death and I were riding go-karts one night and as soon as the race started his go-kart stalled. It was hillarious. The guy running the track had to come out and try to start it again. Oh Death you card. I guess he killed the engine ha ha.

Well, I don't know which political party would like to nominate Washington and resurrect him in time for the 2008 election as he did not belong to any such party, but one thing's for sure, 2008 is going to be a big year for the undead. And like most Americans, I won't give a flying shit about it.