How to Improve Your Worldwide Conspiracy: Chapter 1

A great nebula of pop-culture debris. A white dwarf dense with years of compulsive collecting arranged in a compact sphere around its hunched over, living core. A bedroom devoted more to the needs of its plastic occupants than the comfort of its one human.

Bert Reilly was bent into his computer, gripping it like a jockey grips the reins. He sat fenced in by shelves populated by every action figure he had ever laid eye on, by video games, fantasy novels, trade paperback collections. Everything he used to measure his life and give it value.

Within the year, Bert would be president of the United States of America.

He did not suspect this yet. No one did. Very few people even knew his name.

Yet here Bert Reilly was, bent into his computer. He had just watched a YouTube, rated it a five, and Dugg it. Somewhere, far away from what we might accurately call his nest, wheels he couldn't possibly imagine were starting to turn, gears he would never be able to understand were locking together, a global conspiracy was pulling him closer and closer to...

Where: Headquarters of Worldwide Conspiracy Inc.

Mr. Carlyle entered the room and the ten men seated at the table sprung into action, which is to say three of them shifted slightly in their chairs and one of them even made the effort to raise his head and yawn at the door.

"Gentlemen," said Carlyle, "this is a sorry excuse for a conspiracy."

The men in suits slowly shook themselves awake and squinted at the intruder. Two blinking red dots appeared on the map projected on the wall, one in the mountains of Guatemala, the other just outside of Des Moines, indicating that Project Centurion had advanced to the next stage. A fly buzzed listlessly between the overflowing ash trays on the table. Carlyle paced around the table, his back perfectly straight and one hand laid on his chin for maximum effect. 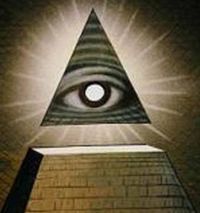 Carlyle sighed. He had been a lifelong conspiracy man. He had kept his nose down, assassinated world leaders and innocent civilians alike when ordered to, manipulated at least one US President into office, and now found himself stuck in a dead-end middle management job in an aging conspiracy that was rapidly losing ground to newer conspiratorial competitors.

A green line appeared on the map between Maui and Thailand. Entity #233 was on the move. Carlyle was on the move as well, walking right past those useless do-nothing agents of a global conspiracy and out the door. Where was the passion that had once fueled their unified desire to secretly manipulate world events for obscure motives? Where was the endless cascade of shadowy, illegal plans to control even the most minor details of the lives of ordinary people?

When had the Worldwide Conspiracy become so lazy?

It was time somebody did something.

"It's time somebody did something," he said. Looking around to make sure one of the Conspiracy's professional lurkers weren't lurking nearby, he reaching into his pocket and pulled out his phone. His plan was error-proof, and he only needed to make one call to set it off.

He dialed a number.