Back in January, the Something Awful Forum Goons displayed real casting-director ingenuity by replacing actors with themselves. The original installment included mind-blowing, role-crossing hijinks the likes of which the world has never known. Recently, some enterprising necromancers revived that long-dormant thread, generating some fresh creations as well as drawing attention to unrecognized masterpieces. Enjoy these bonus images!

Mugmoor just sold his theme-starting image to Thetruth.com, for use in a new campaign that posits Harvey Dent was so addicted to nicotine that he couldn't resist lighting up even with his face half-submerged in gasoline. 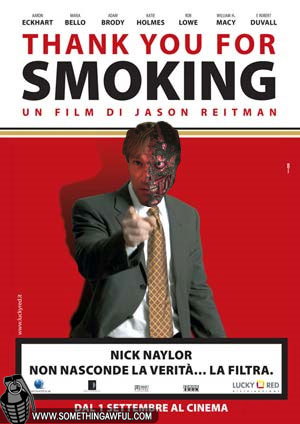 "Always some white boy gotta invoke the holy trilogy. And Canis Ex Machina's is the most insulting installment! Because Vader's beautiful black visage is sullied when it's revealed that he serves a feeble, crusty old white man!"

Probable Turnip has since agreed to undergo a procedure that will erase all memories of Batman Forever. 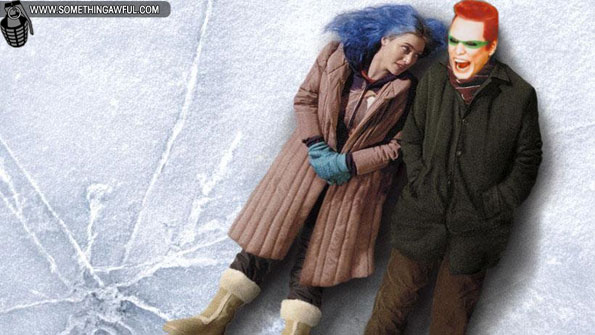 That particular mind-wipe has become so popular that only Provost Zakharov recalls Val Kilmer's stint as Batman. 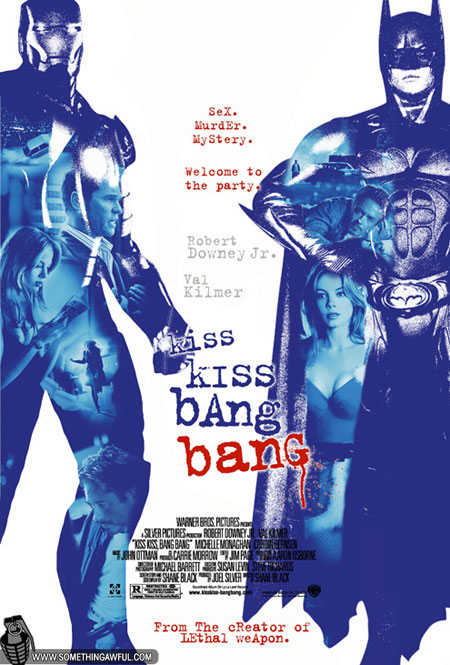