Let's see, we've put infant heads on old-people bodies, and we've put baby faces in Pokemon-creature frames, what's next on the tot-swap checklist? Ah yes, stuffing adults into kids' Halloween costumes! Um, no, not like that. The children's bodies remain small in stature, only the face changes. Thunderbeard came up with the theme, and he even used his brother as the starter image; I'm sure bro appreciates being used as a definitive example of "creepy" in front of thousands of readers! As for the rest of the SA Forum Goons, though, when they thought "creepy," the results were less "family" and more "celebrity." Now let's check out these adorable monstrosities! 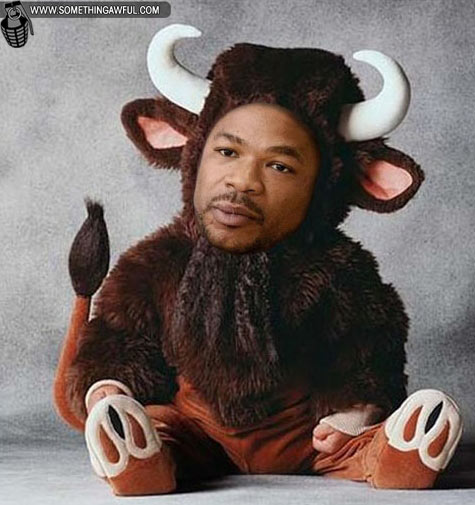 Someone suggested putting the above image in an "exhibit," and Ozz81 did it, because he has no patience for puns. 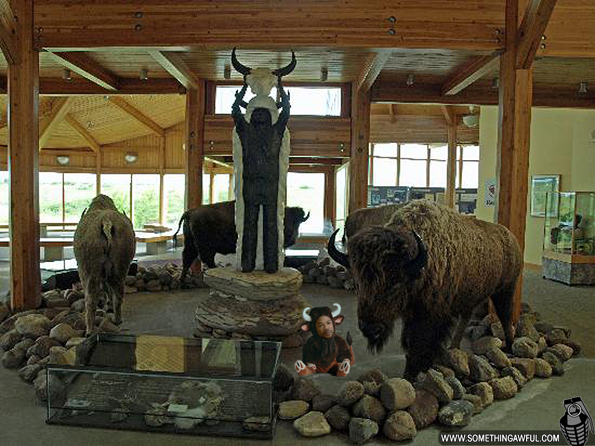 YerAuraBoresMeAlice can't relate to 99 percent of humanity. This is for the other 1 percent: You know who you are. 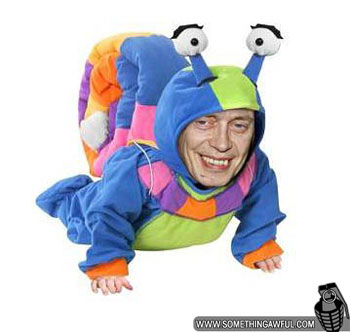 Keep staring at Everdraed's creation. Wait for it . Wait for it. Now it has happened. You can't unsee what you've seen.