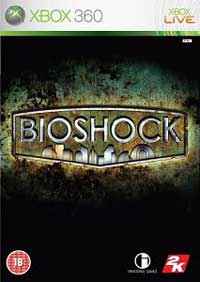 Jim Bagleaducia has always been by my side, a trusty companion relied on to explain complex concepts my brain wouldn't otherwise possess the potential to decipher even if it ran on alternative energy sources. After watching "Revenge of the Nerds" back in the mid-80s, Jim pulled me aside and revealed, "the movie wasn't about nerds, Rich. It was about racism." The first time I saw "Robocop" and failed to understand its labyrinthine social message, Jim grabbed my arm and commented, "the movie wasn't about robot cops, Rich. It was about capitalism." When I watched the credits roll at the end of "A History of Violence," Jim gestured me to the side of the aisle and clarified, "the movie wasn't about a boring guy killing a lot of people during an utterly unbelievable sequence of events, Rich. It was about David Cronenberg's first feature length film lacking more than seven mechanical vagina creatures."

It came as no surprise to me when Jim explained Bioshock isn't merely a game about shooting ugly mean people. No, it's much more, a layered onion of deep thoughts like one of those paintings showing a lake but then when you cross your eyes and step back several miles it morphs into an image of two seahorses playing blackjack with a bag of charcoal. Bioshock is a social message. Bioshock is a drive-through bank teller's pneumatic tube, only instead of containing a slip of paper with your bank account details, it releases a deadly poison gas that makes you obsess over social messages in video games for embarrassing amounts of time. It's about the human condition. That's the fancy way of me telling you I'm smart. 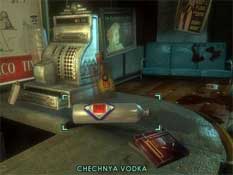 Bioshock, the only game featuring underage drinking, smoking, and child murdering!1) Nobody should ever vote for Ron Paul under any circumstances. Bioshock's city of Rapture, a glorious creation designed to run entirely on free market enterprise and clown-based vending machines, was created to break the bonds shackling visionaries to the arbitrary limitations imposed by the US government and religious people owning large hats. Capitalism and ultra-conservative social policies, not compassion and endless illegal immigration, were designed to dictate humanity's progress. Much like all utopian communities, it resulted in nothing but tremendous energy bills and street gangs of little girls running around, harvesting magic corpse juice.

The demands and beliefs of the game's antagonist Andrew Ryan mirror that of presidential "candidate" Ron Paul, although Ryan's vision of a 1960's underwater city populated by pistol-wielding mutants able to spew fire from their fingers seems exponentially more plausible than Paul's foreign policies. Both men feel floating dollar signs should determine our decisions, with government and god existing in some ethereal, vapor-like form only visible if you're wearing special glasses. Ryan's golden society apparently imploded once he realized 99% of the city's population was incapable of earning more than $3 and two pistol bullets. While Paul's supporters possess a far greater amount of ammunition, a city composed of them would disintegrate just as fast, perhaps even more quickly if they had access to supplies of free Richard Dawkins books.