It's not all war and murder, sometimes even the greatest people have to enjoy a hot meal, watch a parade, or participate in a relaxing game show.

Straight from the set of "The Fast and the Furious", Hitler salutes a German parade with a little help from "RandyF". 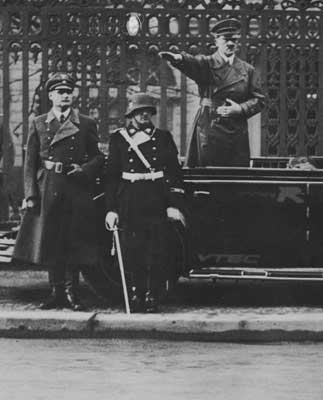 "Rannic" juxtaposed time traveling duo Bill and Ted with Jesus Christ in this slightly altered painting of the Last Supper. 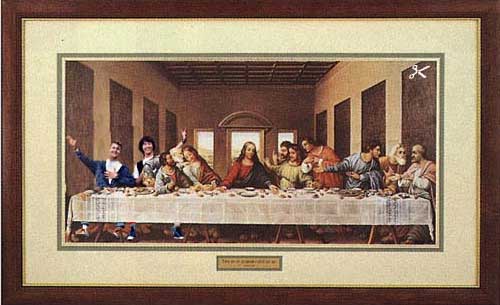 "Turbo Sex Bat 4000" doesn't know what game show would be complete without a Soviet dictator. 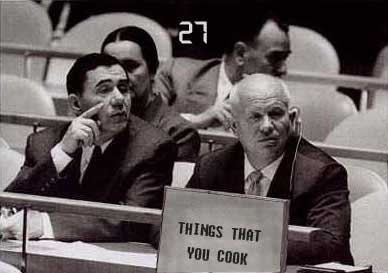 War, elections, and suicide round out this time-leaping Photoshop escapade.