Puke Cab and Other Fine Premium Services of Chicago 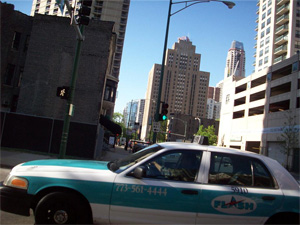 The Chicago City Council is currently considering a request by the city's cabbies to allow them to charge a $50 fee for anyone vomiting in the back of their cab. I think cabbie and media mogul George Lutfallah put it best in Thursday's Chicago Sun Times.

"If somebody throws up in the back of a cab, it's no laughing matter to that cabdriver, who now has to take a couple of hours to detail the cab. It's hard to get that smell out if you've ever experienced anything like that," cabdriver George Lutfallah, publisher of the "Chicago Dispatcher" told the City Council's Transportation Committee.

George is factually incorrect here. It's really goddamn hilarious when someone pukes all over the inside of a cab, but I can understand why he's taking the pity angle. For those in the public prone to frequent bouts of vomiting this might come across as a tax hike. The only way George is going to win those folks over is by playing to their sympathies.

That's the negative way to look at this new fee, but I'm a vomit-bucket-half-full sort of guy. I don't think these cabbies are trying to charge you for puking, I think they are offering you the premium service of vomiting in their taxi. 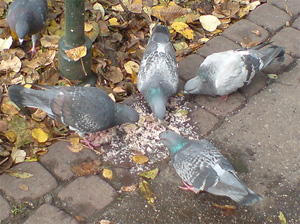 America was built on the idea of premium services. This is how the wealthy are able to have so much more fun than everyone else. They can behave however they want as long as they have the money to cover the premiums!

The $70 currently in my wallet entitles me to a good three blocks on Michigan Avenue and a nice half-digested deep dish pizza projectile vomited all over the headrest. It's worth the money just to see the little chewed up bunches of mozzarella cheese embed themselves in the beads of the cabbie's seat cover. I'll even pay in advance. Just hand over the $50 and jam a couple fingers down my throat until I start filling the foot well with that rootbeer I enjoyed with lunch.

My excitement over the fun soon to be had in Chicago taxicabs got me thinking about what other premium services might be offered around town. Private businesses could certainly use a boost by adding some tiered pricing and premium options. Chicago is in quite a budget crunch, so even the city could get in on the action.

That's why I compiled some suggestions into a guide for folks seeking premium fun around Chicago. Locals and tourists alike are welcome to enjoy!