Upon hearing that Russia recently banned "homosexual propaganda," SA Forums member twoday started searching for some of this soon-to-be-contraband imagery. He only found two examples, so the Goons decided to create new propaganda that Russia could subsequently ban, because for some reason they love poking Putin with a stick! Enjoy this article while you can, Russian readers! 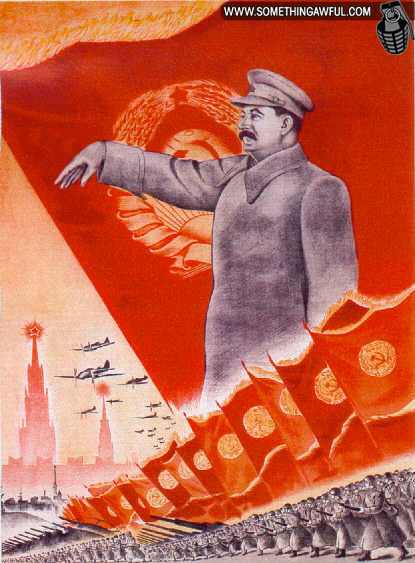 I was always fond of that cartoon Disney made where Donald Duck was living in a literal closet in Nazi Germany. 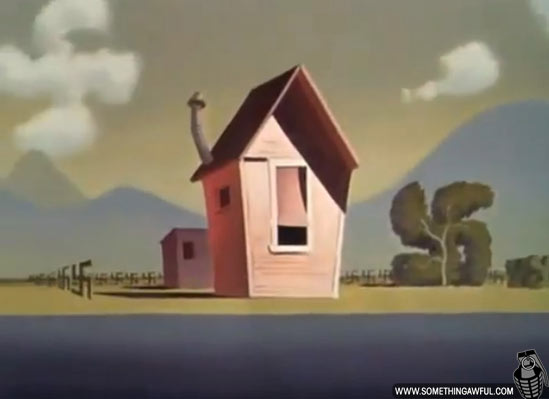 He was forced to work in a terrifying traditional family values factory. 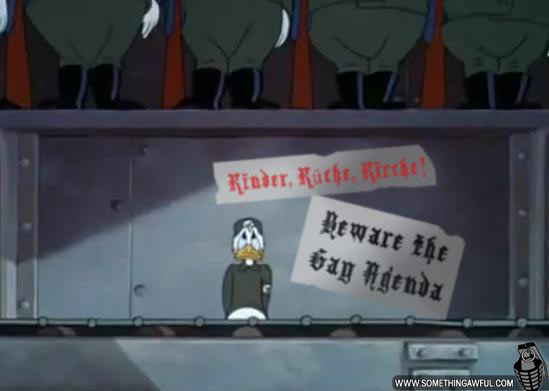 But in the end it turned out it was just a dream. 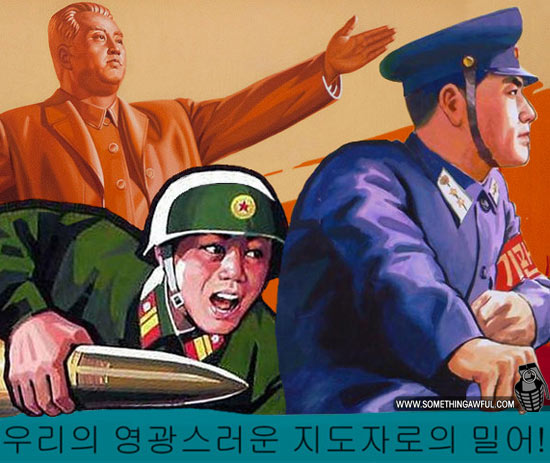 The Korean at the bottom says: "Towards our glorious leader, push!"