Minor Inaccuracies in the Animated Historical Segments of Cosmos 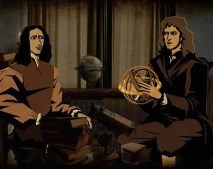 Maria Mitchell is shown holding a telescope to each eye, using them to ogle passing hunks on the street below. OOOGA! Her tongue rolls out like a firehose, her eyes comically bulging through the ends of the telescopes. This was incorrectly dated 1852, when it in fact happened in 1849.

When a scientist has a disagreement with a group or individual, the second party is portrayed as villainous. You know the sort. Lurking in darkness, cackling, presented alongside ominous music. "I sure am evil," they actually say out loud in raspy voices. It's all a bit much. That ridiculous line can't be taken seriously. It needs to be delivered in an inner monologue and accompanied by a sinister flash of lightning.

Contrary to the show's repeated suggestions, the sun is not "basically made of chocolate".

A skull melts into a thousand smaller skulls. They evaporate, revealing an imposing orc. He lifts his warhammer into the air and screams, his chest exploding. Out of the hole emerges a cool rocker playing a double neck guitar. He shreds until the strings catch fire, consuming him. The ashes swirl and form into the shape of a pizza the size of a galaxy. I'm sure there are more effective ways of explaining the theory of relativity. 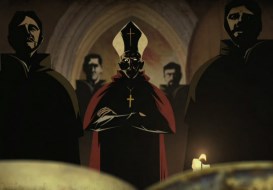 Every time an important historical figure is introduced, the show explains that they were the very first person to think about the concept which they would eventually go on to prove or discover. That's a bit of a stretch in itself, but panning across crowds of other people from their time who are drawn as drooling, cross eyed, and dressed in denim overalls? I call foul on that one.

For three minutes, an animated Neil deGrasse Tyson punches through various religious books and artifacts, cheerfully repeating his mantra of "Logic! Reason! Logic! Reason!" until he passes out, his knuckles swollen and bloody. This should have gone on for at least eight minutes.

One segment's depiction of photosynthesis is just an anime babe sunbathing and gasping as she rubs lotion on herself while a large bead of sweat appears on a robot penguin's forehead.

The words "climate change" are used, as if a scientific term can ever be spoken in public after politics have encouraged people to know nothing and have strong opinions about the topic. 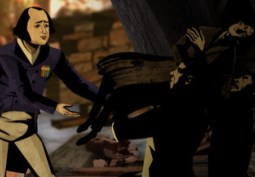 Even with the explanation that the spaceship of science is able to take viewers practically anywhere, it seemed highly irresponsible to suggest that Mendeleev was inspired by the popular television series Breaking Bad.

A thorough explanation is volution is accompanied by imagery of a wolf that transforms into a man. Then the man turns into a wolf again. He dives through a cabin window, and blood splatters on the screen as a family screams. In the distance a priest in a motorcycle jacket loads a silver bullet into a revolver. Come to think of it, that was pretty much a werewolf.

Newton is digging on a beach. His friends long gone, he is driven by greed. There must be buried treasure. His shovel strikes something solid. It's an ancient device of some sort. Egg-shaped, glowing in places. Strange tubes run across its surface. It must be from an alien civilization, the voiceover tells us. Newton brushes sand from the device's face with a trembling hand. A series of strange looking letters are revealed. G R A V I T Y