Where The Wild Obamas Are!

The SA Goons keep pumping out politically themed content, even though Decision 2012 remains more than a half-year away! Perhaps they'll burn themselves out during primary season, and we'll be Celebrity Face Swapping it up for the Election Day Comedy Goldmine. But let's enjoy the ripped-from-the-headlines relevance while it lasts! This week, Palpek spotted a photo of President Obama and The First Lady goofy-grimacing their way through a reading of Where The Wild Things Are, for the benefit of children and dog. After some initial "Obama's America" grumbling, his forums cohorts made good use of these amusing facial expressions. Let the wild rumpus begin! 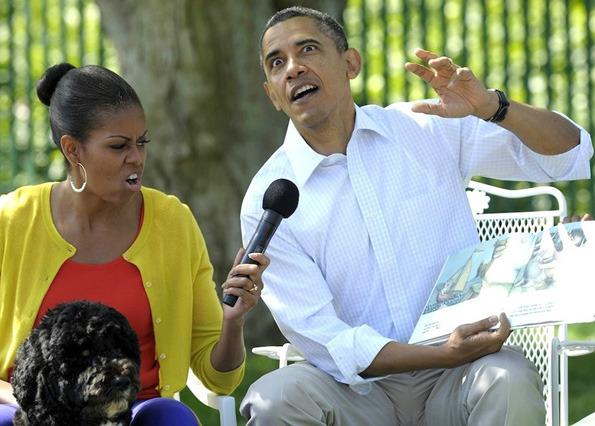 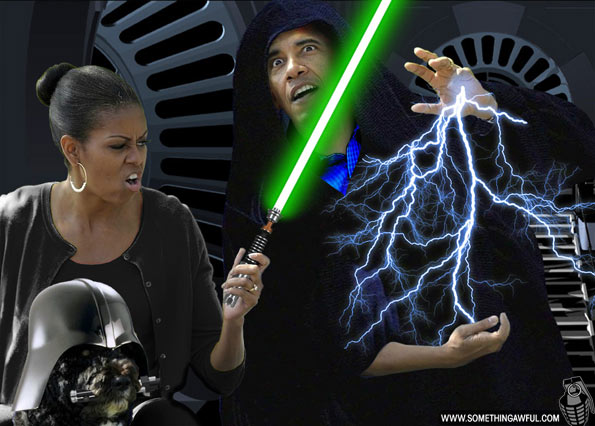 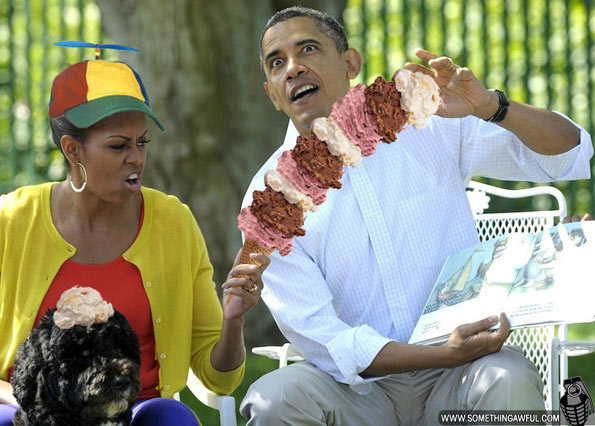 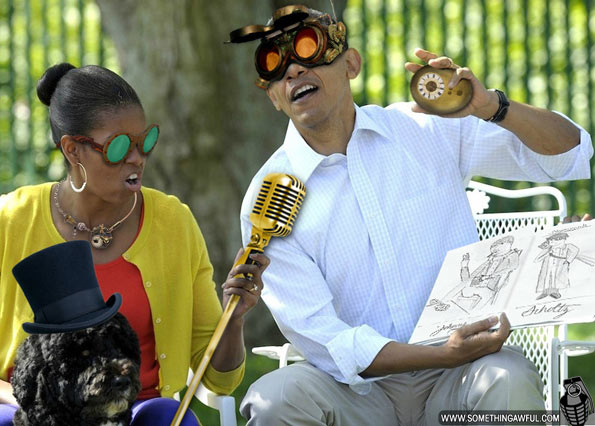 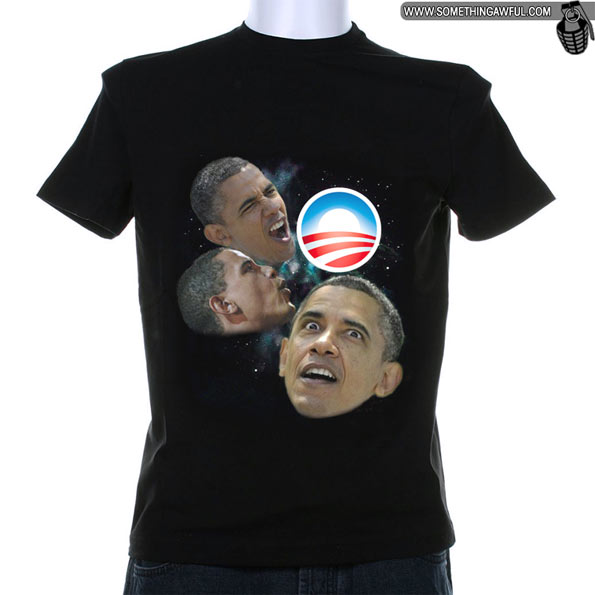