Remember that political convention that took place recently? No, not that one, the one that happened longer ago? For those whose memories need refreshing, the Republican party hired Clint Eastwood (an actor from the upcoming romantic comedy Trouble with the Curve) to berate a holographic image of a seated President Obama. Amusingly, the hologram failed to display, but Eastwood gamely went through with the charade, much like his character in his star-making vehicle Trouble with the Curve keeps scouting baseball players despite his failing vision. You've probably heard the talk-show and Twitter quips about Eastwood's antics, but over the past 11 days or so, the SA Goons have been putting their own spin on the spectacle with pop-culture-referencing Photoshops! 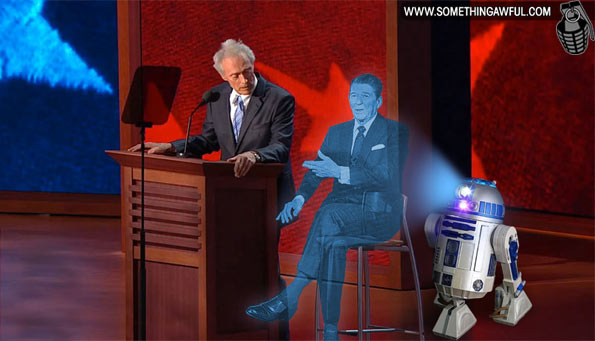 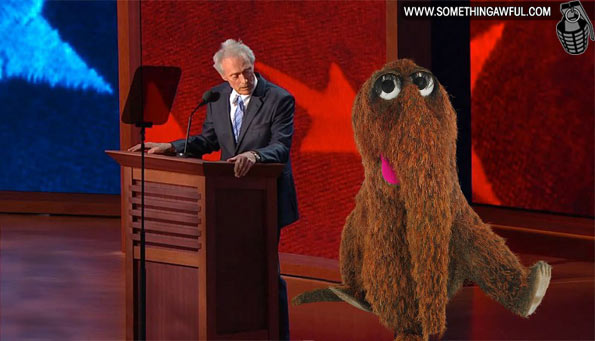