Friday, Mar 18, 2005 by Josh "Livestock" Boruff (@Livestock)
Science fiction and fantasy often intermingle, albeit mostly on movie shelves and dreadful nerd fan fiction. This week we aim for the highbrow goal of doing no less than making the latter of those two a visual experience. The Something Awful Forum Goons, driven by forumgoer TheOneOutside, whipped up a delicious assortment of pictures showcasing the world of fantasy as it looks when locked in mortal combat with science fiction. Having the two genres fight might sound unsettling, but it's a lot better than having them make love. The last thing anyone needs to see is a horny Ewok. And no, that little furball you just imagined isn't carrying a lightsaber.

TheOneOutside got this week's events started with his dream of sandworms eating elves. That's a dream I can get behind.

DJYar made this image which is kind of hard to believe because THAT SHIP IS GOING TO CRASH, OKAY!! 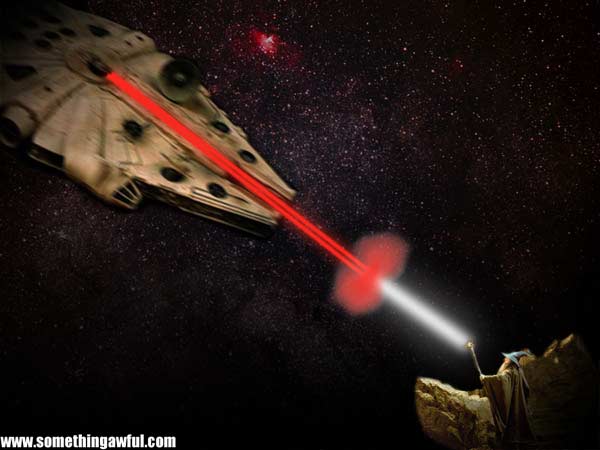 This is the furthest Glans Mentis has ever been from the Shire. And also comedy. 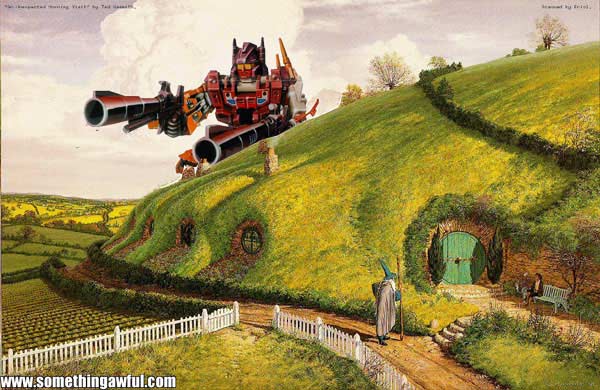 Altf4 makes Frodo into less of a whining pussy. 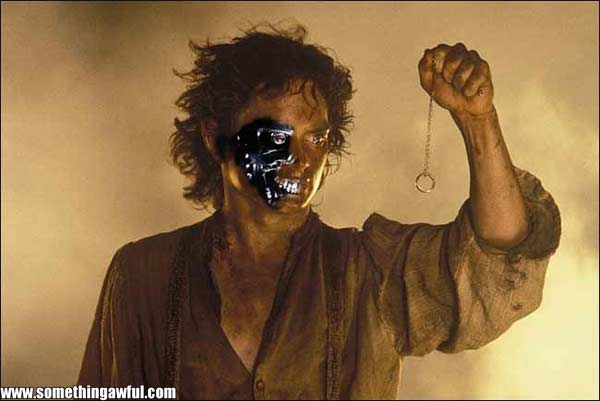 TheOneOutside fought a panda bear and successfully decapitated it for the right to have this image included: