We at the Something Awful Forums pride ourselves as a "one stop shop" for discussion on a universal range of topics. Whether you want to talk about a new video game, an upcoming anime series, or even a video game based on an anime series, the SA forums have you covered. Hell, you can ever ask for help for something as ridiculous as designing a covered porch for your house! Speaking of which, this:

My wife wants a covered porch on the front of our house so she can presumably sit under it and bang the UPS guy while I'm golfing. Below you will find an image of my hillbilly cabin. Please design a porch for it, minding that from the front door, the left extends just over 6 feet, while the right extends only 1.5 feet. The garage extends like, 80 feet, I don't know just figure it out. I realize covering the windows will likely make my living room dark as hell, and the front of the house being what it is further suggests this might be a terrible idea... but there are no rules, fuck humanity. Make the best porch ever designed or come out here and fight me. 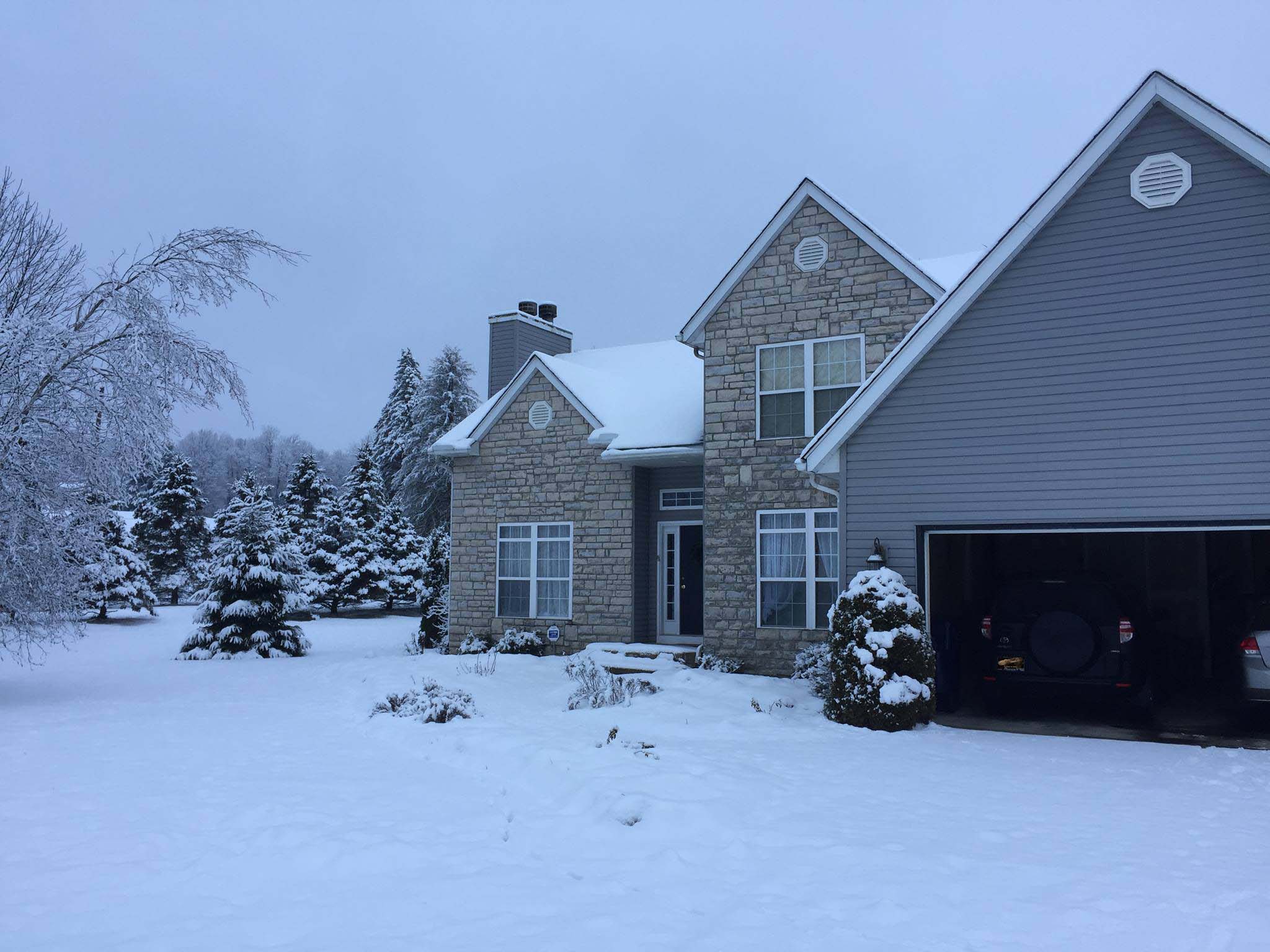 Trex is now offering the UBER-DECK. Once the deck is installed, do not question the deck. Do not show your teeth around the deck. Do not look the deck directly in its joists. If the deck challenges you, do not run, simply be still and stare at the ground. 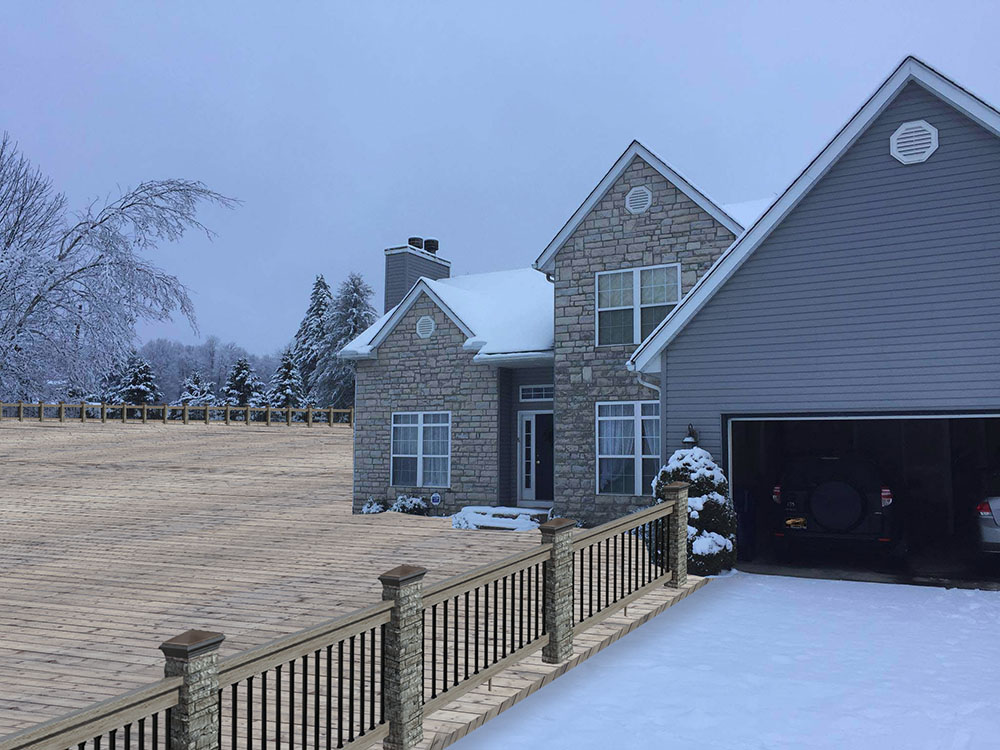 This is really good, but did he say he wants a screened in covered porch. Can you put a roof in it?

Pick up a few supplies at your local Home Depot, and any DIY'er can add a simple awning to their UBER-DECK. 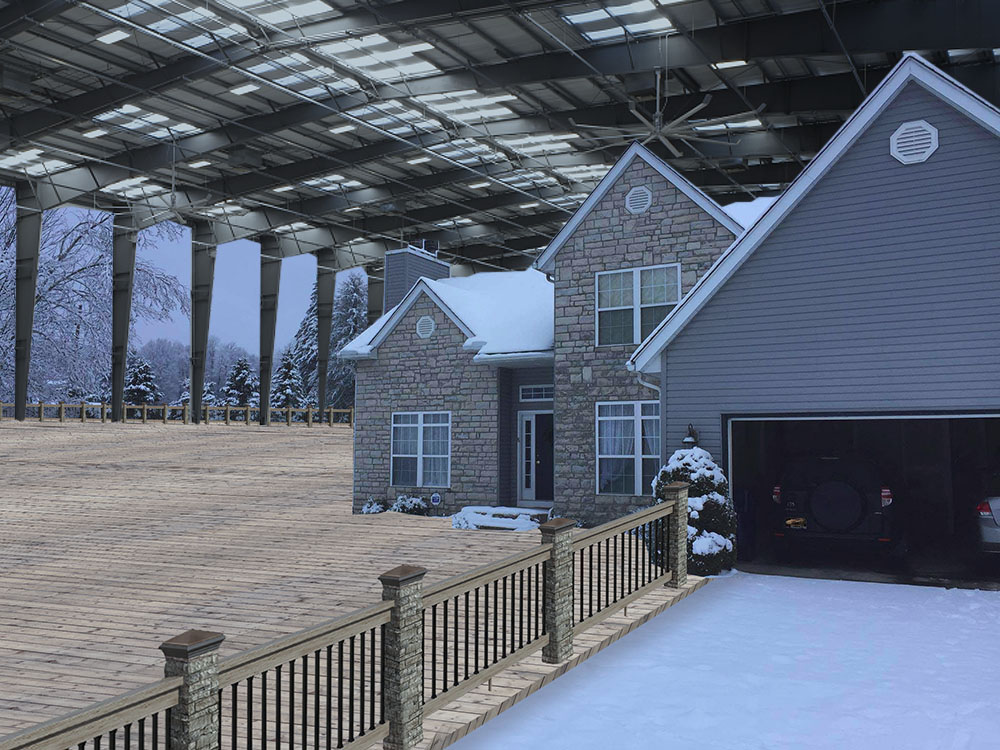 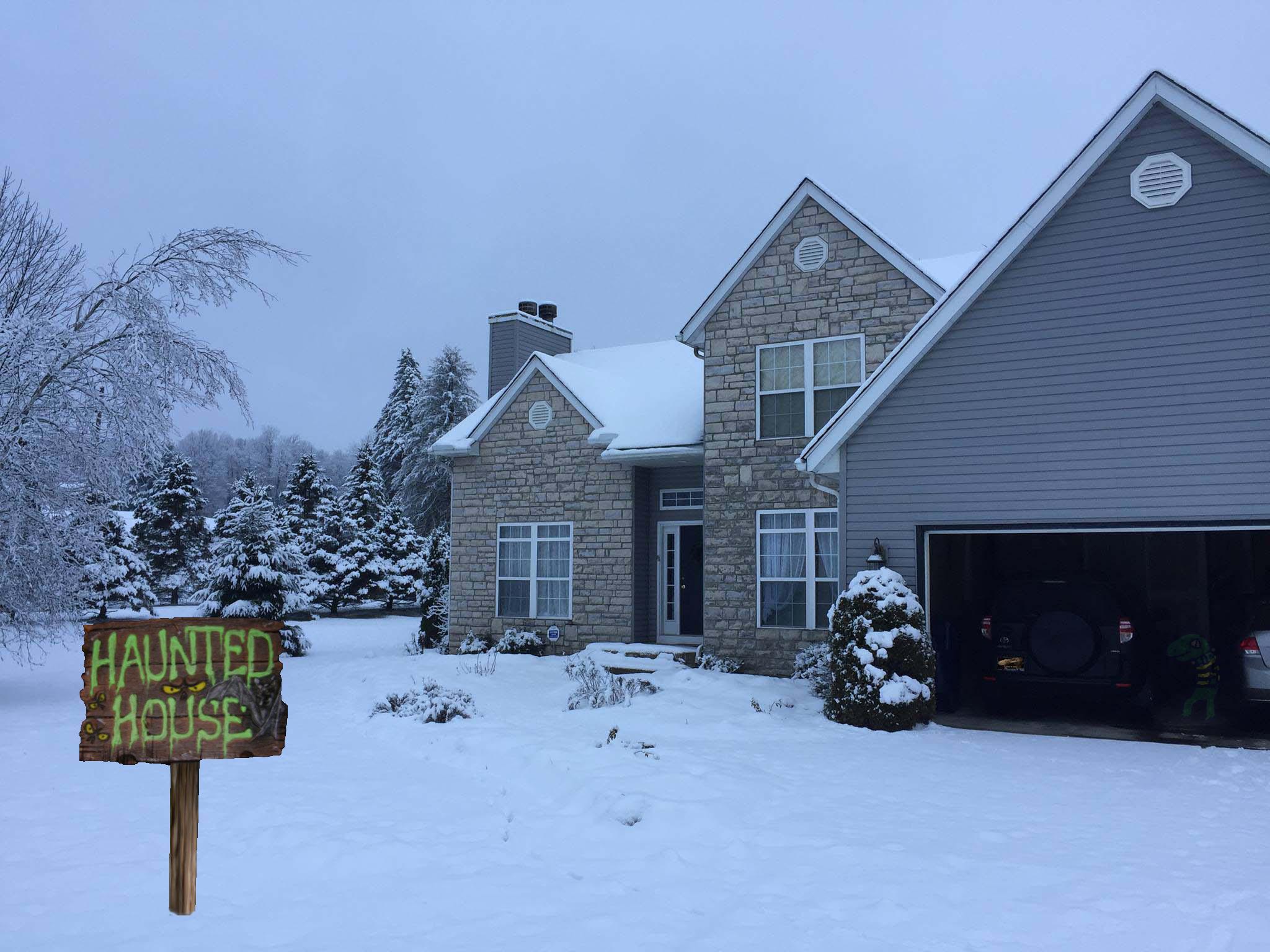 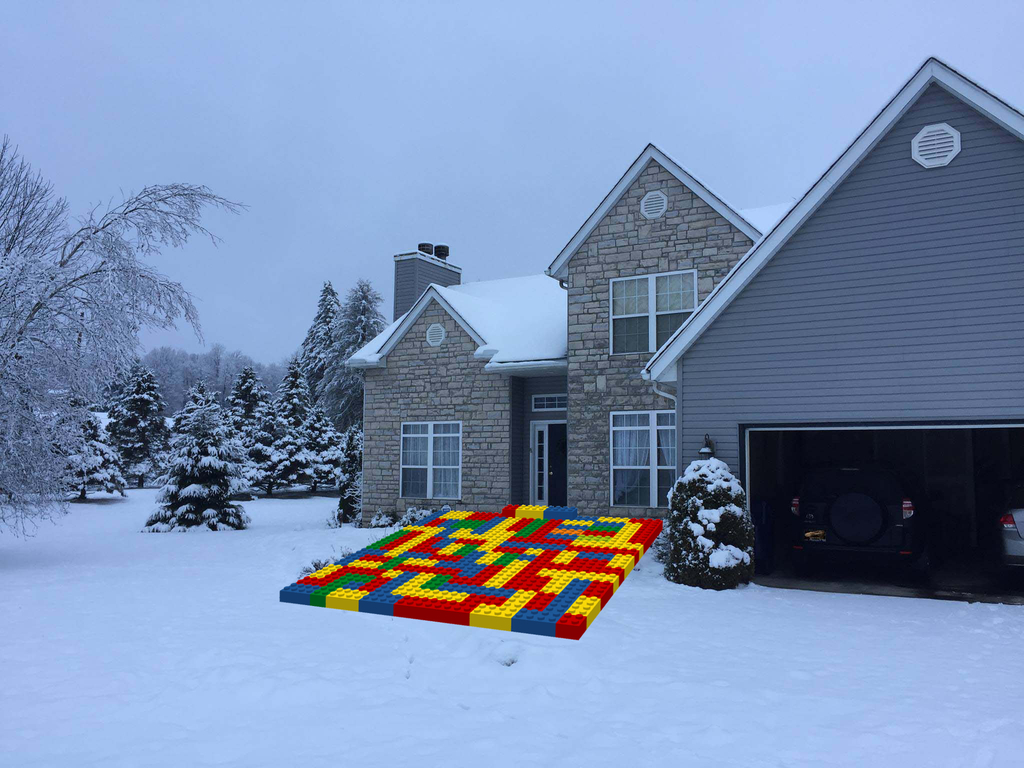