Palpek made this as part of his rehabilitation program. 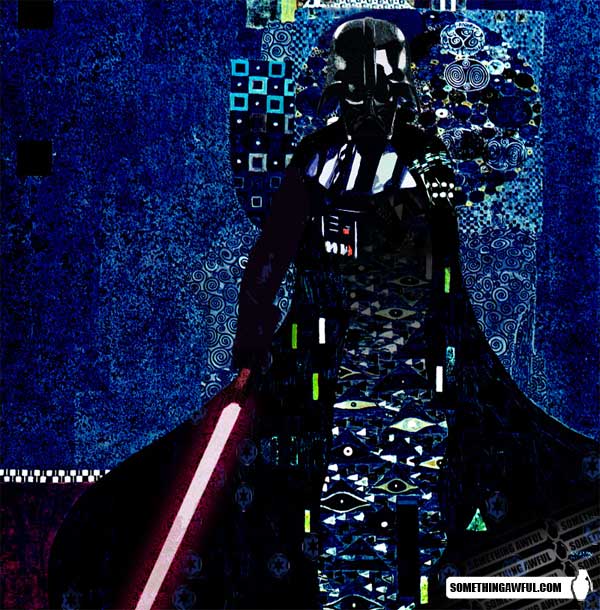 Svdl scrapped his original plan, which was to have this chrome orb float above a checkerboard. 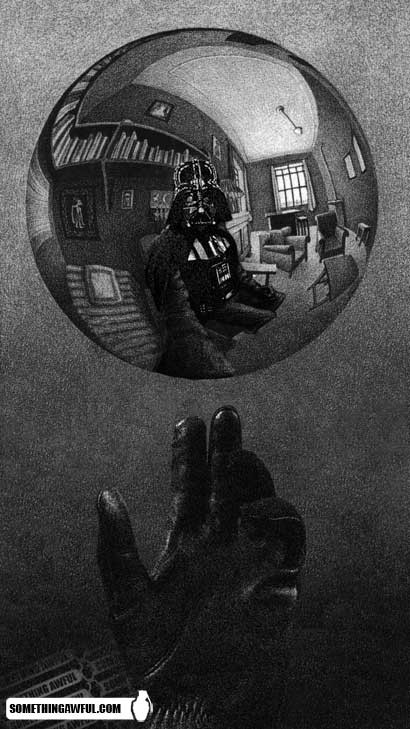 Palpek is often mistaken for a giant egg because of his round, smooth appearance. 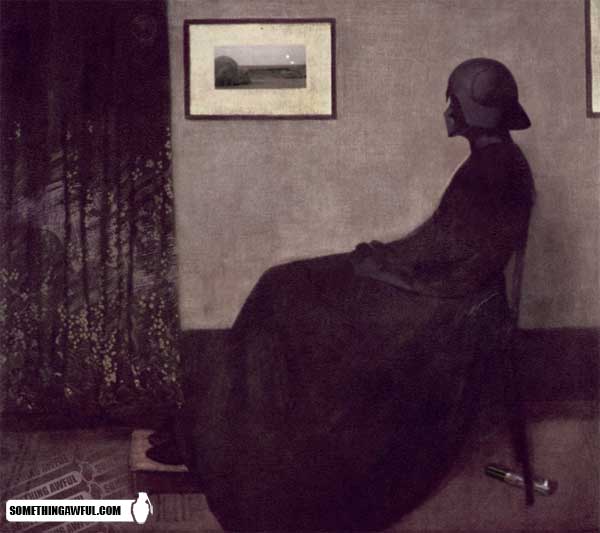 Oh these? Just some of LOO's doodles. No big deal. 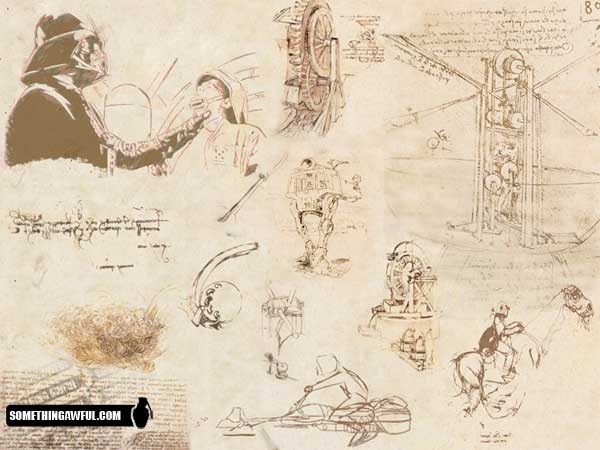 Darth Brooks earned himself some wicked street cred with this stunner: 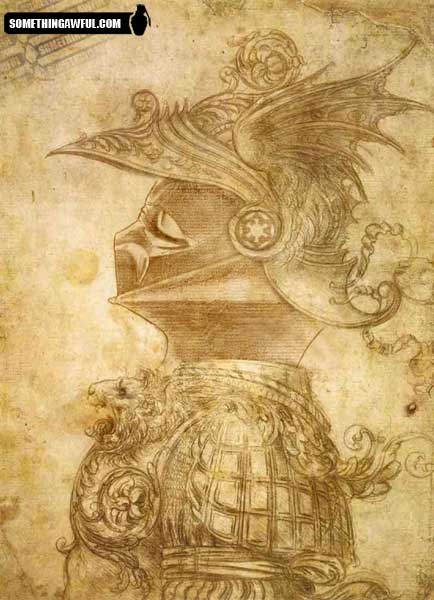