Friday, Dec 16, 2005 by Josh "Livestock" Boruff (@Livestock)
Every so often the Something Awful Forum Goons turn their attention to one single picture, butchering it or parts of it in as many was as possible. This is how most people get started with Photoshop, and as such not something we showcase very often, but as fate would have it this is one of those rare oftens! As a bit of a break from our usual themed nonsense, here are a bunch of pictures of one ugly bastard. Sorry!!

A gentleman named gio posted this awful picture, and included his own Photoshop which was rather meager and thus not included. But the important part is that he posted this picture that everyone else worked from. 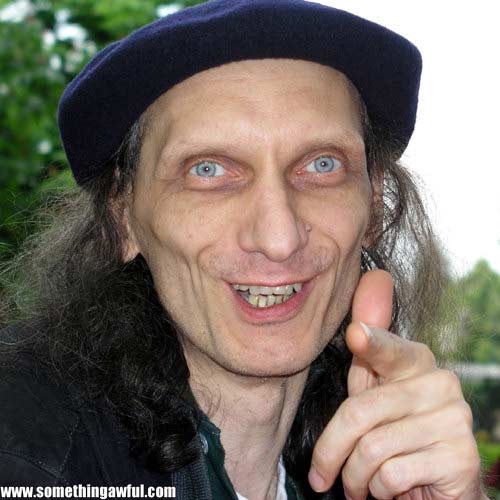 Jockthecock has spreadsheets to keep track the number of hamburgers he eats in a year. 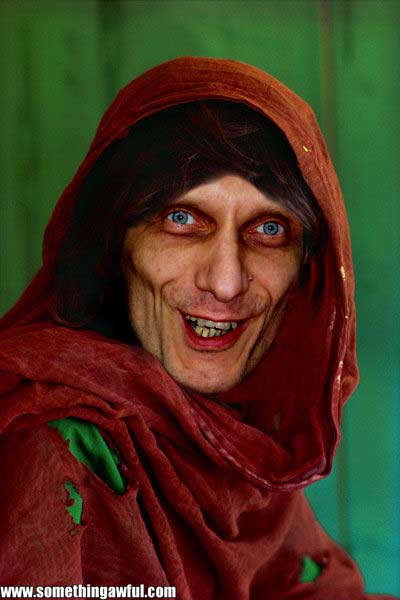 imthatguy has spent the past week waiting for his new bread maker to bring meaning to his life. 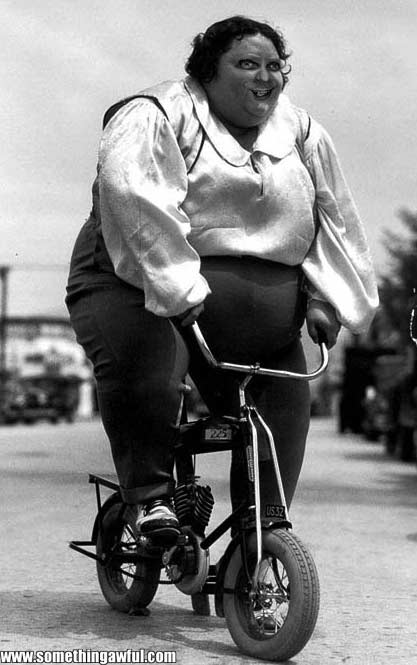 I went to school with fuckingtest and we used to hug each other all day long. Also I'm not sure he really did anything to this picture of Ann Coulter. 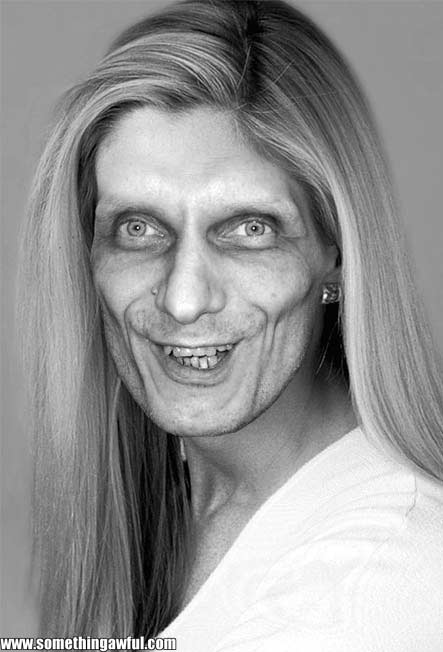