Oft-cited as one of the most cruelly overlooked threads in recent memory, "itt you are Miles O'Brien" (in which the SA Goons took on the pain of the long-suffering Star Trek: The Next Generation/Deep Space Nine character) languished unacknowledged for more than a year. By contrast, a thread starring fellow TNG character Will Riker was promptly featured in a Phriday. Perhaps this series of events depicts O'Brien's plight better than a tribute ever could, but nonetheless it's time for the chief to step into the spotlight! *confuses spotlight with transporter beam, injures his shoulder somehow.* 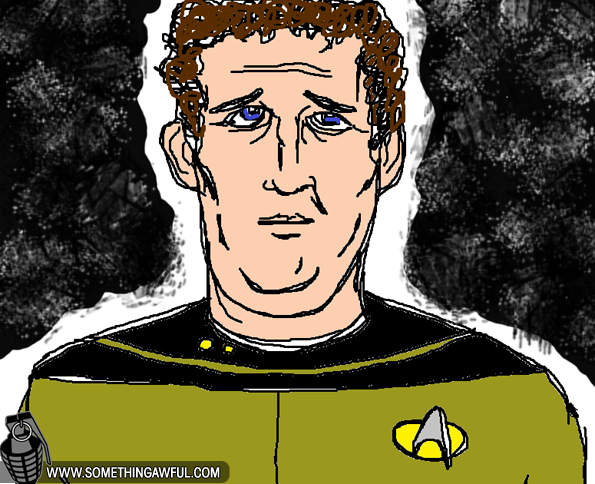 I am Miles O'Brien. I am surrounded by younger, better looking and smarter people who will ascend higher in their careers within a few years than I will in 40.

Hey remember that time my wife was taken over by a hostile alien entity but she was such a huge bitch normally that nobody fucking noticed?

Keiko - "MiiillLLLeeeEEEssssSS! Why didn't you pick up Molly from space-preschool? I hate you!"
Miles - "..... *mumblemumble*goddamnwishIwasbackinmindprisonsometimes*mumblemumble*"
Keiko - "WHAT WAS THAT?!"
Miles - *transports self into space* 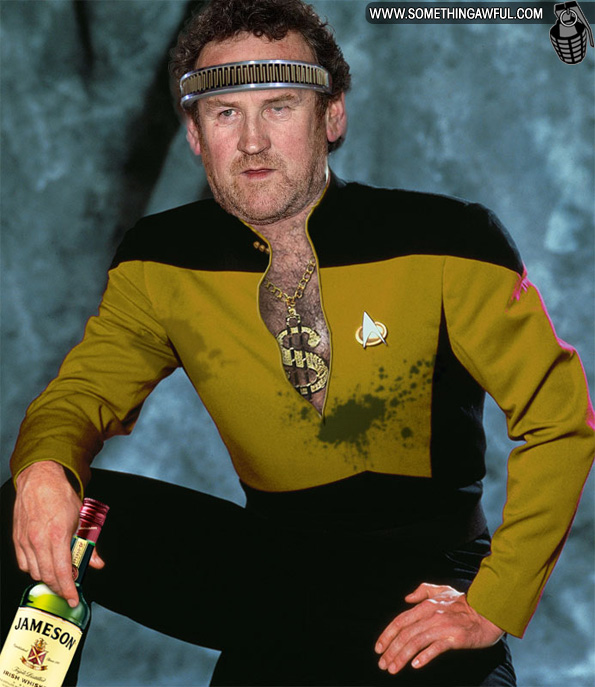 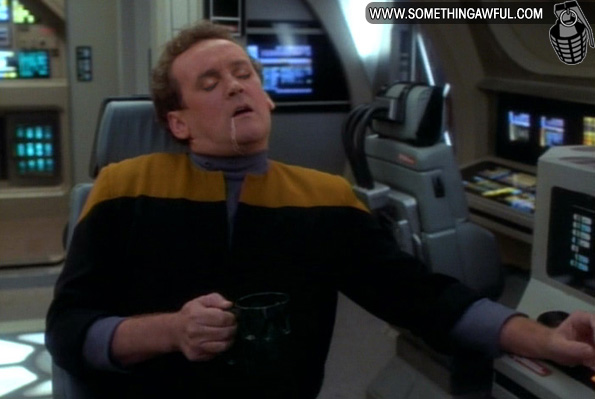