Sword of the Bastard Elf

In a bit of a departure from the usual Phriday format, this week's article showcases pages from a book. The title in question, Sword of the Bastard Elf, is quite rare, so much so that a Google search reveals only the thread Gilganixon made about it on the SA Forums. Apparently, though, it's "the size of a phone book," in order to accommodate pretty much any path the Goons might suggest! 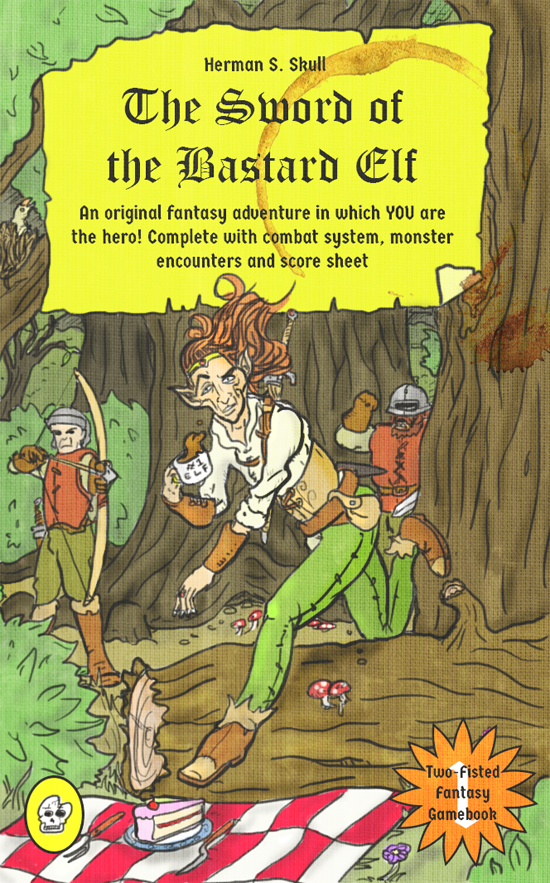 I was digging around in an old box and found this book at the bottom. It's one of those off-brand Fighting Fantasy-style gamebooks from the '80s. I remember it being pretty fun and almost no one I know has played it so I thought it'd be worth scanning for posterity. While I'm doing that we can play through it, since Goons usually make good choices about things.

In this game we're going to play the titular Bastard Elf, actually a half-elf who's been kicked out of home. At the end of each section we're usually presented with a choice or a test of one of our stats (and sometimes a fight). We'll go with whichever choice is most popular or interesting. I've played this before so I'll try to avoid steering us into dead ends. Now let's get to the first choice of the book! 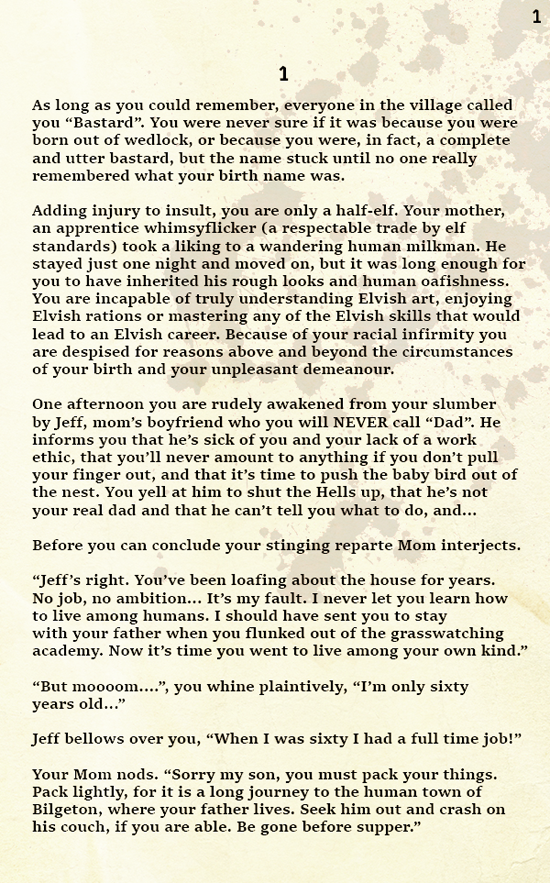 Hmm, looks like the damage is worse than expected. No matter, this gamebook was known for being pretty exhaustive when it comes to choices. If you can think of it, it's probably in here.

So, dear Goons, I need two decisions from you for now:


1. What three items do we take with us?

k well we're going to want a sword, a bow and arrow, and maybe a burg or something to tide us over until we get to bilgeton

A sword, a bow and pepper to throw in peoples eyes before we laugh at them and poke them with the sword.

Bring our faithful pet whatever.

If this is a medieval fantasy type setting, we absolutely need a 10-ft pole for dungeoneering. It's an important tool.

I vote we also bring a bastard sword, for stabbing things

just run through the woods and scream incoherently. scream until you cough up blood.

Based on my counting the three items we've got are the Bastard Sword, Ten-Foot Dungeoneering Pole and the Tasty Burg (with individual condiment sachets). All good, solid choices. A little about them from the item table: 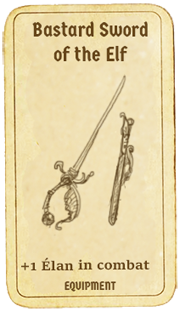 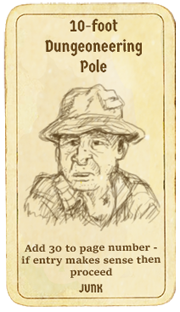 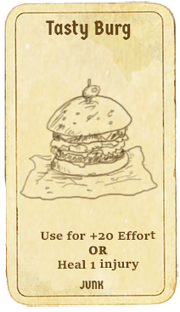 The Bastard Sword of the Elf (not to be confused with the Sword of the Bastard Elf) is an Elven bastard sword, which is a bizarre hand-and-a-half rapier that's really only suited for poking holes in things. Like every other piece of Elvish crap it's stupidly over-embellished with leafy decorations and questionably tasteful gemstones.

The Ten-Foot Dungeoneering Pole is a very tall archaeologist by the name of Karol Jan My[liwiec. He's been your loyal companion for years even if you don't share many interests or speak much Polish. He might come in handy in some situations. He's glad to have been invited along.

The Tasty Burg can be eaten at any time to restore 20 Effort or heal 1 injury. All the Individual Sachets of Condiments can be used at the same time to boost the effect to 30 Effort or 2 injuries, or they can be kept aside to use later on for some other purpose.

Also, found the missing bit of the page we were on: 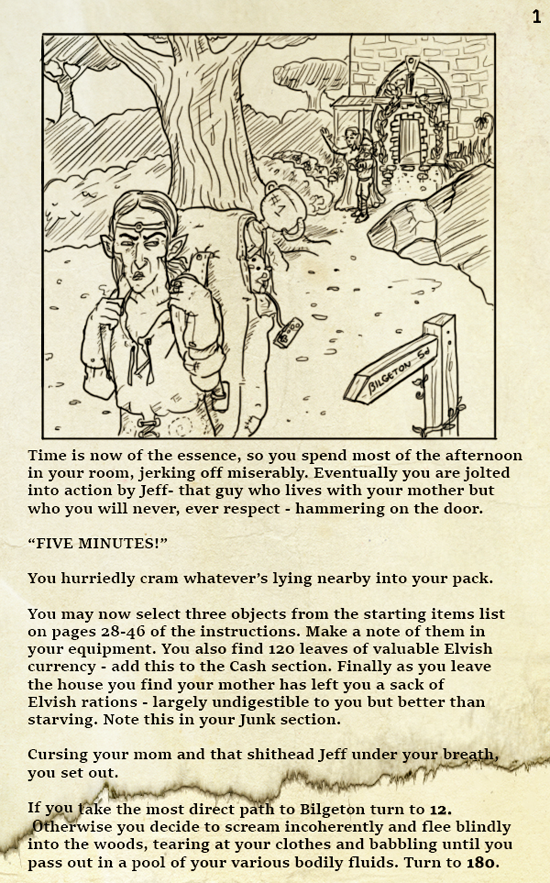 So, letting our emotions get the better of us we come to 180: 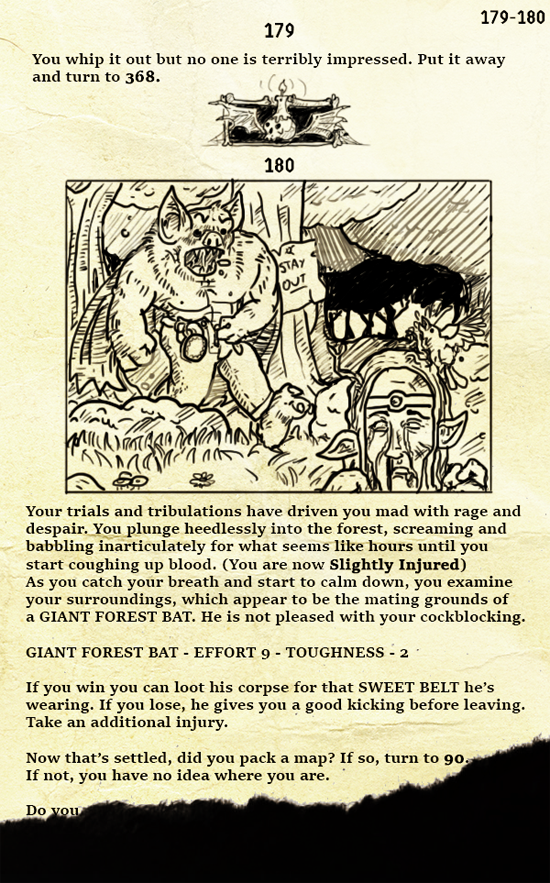 Since in this case we will not die no matter what we choose to do in the fight, I need to know two more things from you :

1) Fight the bat for the belt or take the beating we probably deserve?

2) What's the next step in this epic quest?

Have our giant polish friend fight the bat he's tall and bats aren't, so use, like, reach advantage or some shit.

You can imagine every battle is a rap battle if that helps. That's the magic of books, especially books that replace all the action with dice-rolling mechanics!