Destiny Is So Restrained It'll Blow Your Face Off 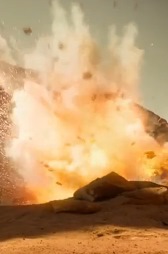 Remember the Destiny beta? That fantastic art design, the shooting that felt very nice? The (great) subdued tone that (not great) spread into Bungie's subdued handling of almost every gameplay element - from the missions to free roam questing to the MMO hub - resulting in a surprisingly flat and uninspired experience?

Well, at the time I hoped that Bungie had simply withheld a bunch of stuff from the beta. Seemed like the sort of thing a developer might do to keep the actual game a surprise. Surely the final experience would be more tightly paced and better designed, with more motivation than a nearly invisible carrot dangled way off in the distance in front of the player's gun.

Turns out I was wrong. The beta was 100% representative of the finished product. Destiny is restrained as fuck. It's so good at holding back that you'll swear you're missing half the game.

It's a shame because there are some great concepts in the background fiction. Delivering that stuff in a subtle way could work as well as it did in the Dark Souls games. Unfortunately Bungie created a game where those tidbits are spread too far apart, and the spaces in between require the player to trudge through bland and repetitive missions, then take pointless diversions through half-hearted approximations of other genres.

How far does the restraint go?

Destiny
To be fair, the white PS4 that it came with is very nice. 6/10

Madden 15
The menus and in-game advertising are still the absolute worst, but anything that makes Breaking Madden possible can't be all that bad. 6/10