Although 3D Realms attempted to lower fans' expectations by warning that the Duke Nukem teaser would be very short, the video still managed to blow everyone away with its rich, painstakingly crafted layers of disappointment. If you haven't already done so, grab the teaser and read along as we dissect the disaster frame by frame. 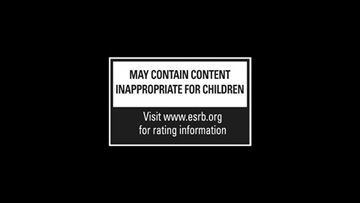 If you have children in the room who get spooked by poorly executed ripoffs of the Starcraft 2 teaser, now would be a good time to cover their eyes.

0:10 - Some dude sits on a weight bench in a dark room, pumping iron and smoking a cigar. A can of cheap beer sits on the floor in front of him, and several ammo belts adorn his body. From what I've heard, this is pretty much how Oprah lost all that weight in the 90's. 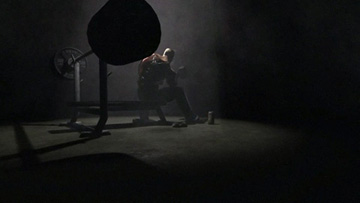 WHO COULD THIS MYSTERY MAN POSSIBLY BE?

Note the lack of a background, which would be fleshed out if things like "levels" and "fundamental art assets" existed. This is the beginning of a theme we'll see repeated throughout the teaser.

0:16 - A brief flash of footage that tries very hard to look like gameplay. 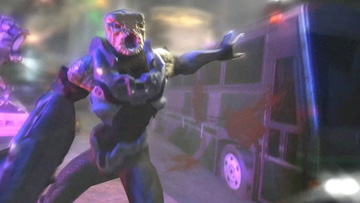 A humanoid Birdo in a generic alien power suit waves an empty hand toward the screen in a weak attack that comes up three feet short, apparently unaware that his right hand is a giant gun.

In the foreground, a police car and a bus with magic hexagonal wheels. Its hubcaps are completely level with the surface of the tire, almost as if they were just painted on! The background is one hell of a blurry mess that could be anything, but it's probably just a photograph that they applied a gaussian blur to in Photoshop.

0:20 - The dude continues to lift weights and puff on the giant cigar. This scene would likely bring a tear to the eye of The World's Strongest Freud. 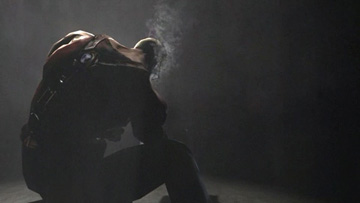 0:23 - A shiny head with tentacles and three clitorii hangs out in a shiny cave made of the exact same material as its skin. 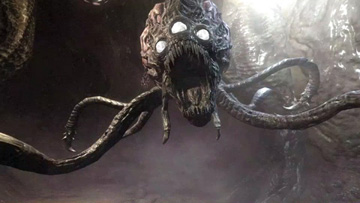 It eats the camera, but before we can see if its insides are also the same texture, we cut to - 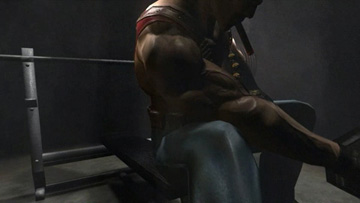 Now that we're closer, we can see that he's just as shiny as everything else in the game. Even his blue jeans glisten like they're made of blue jello.

0:30 - A shiny pig cop wearing grey armor roars victoriously over the bodies of a bunch of human soldiers who also got the memo about shiny grey armor being in style. 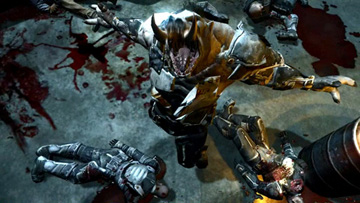 The camera is in the air looking straight down so that - once again - no background has to be created. As a result, this shot is similar to the infamous Darth Vader "NOOOOOOO!" scene from Attack Of The Clones, which was another failed attempt to follow up on a beloved property by someone who lost whatever creativity they once had.