We can get a little carried away from time to time. In hindsight, some of our 2013 predictions might have been slightly off. Please consider this formal request to forget that we said any of the following.

"Mark my words. The PlayStation 4 will be the world's first console shaped like a saxophone."

"The Year Of Luigi is shaping up to be something truly special. Along with all the titles that have been announced, we're confident Nintendo will surprise everyone by releasing even more Luigi-centric games this year. How many? Thirty seven. Book it." 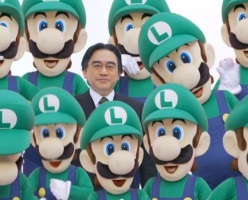 "This probably won't be a shit game from a company with a history of unrealized potential, insincerity, and screwing over as many people as they can get away with."

"They're really calling it the Xbox One? Haha, wow. Okay. Well at least we know this is the biggest mistake they're going to make with the new machine. Can't screw up much worse than that."

"One of these designers is going to peel off his face and reveal a robot head with clicky clacky parts and ping pong ball eyes."

"I played the beta, and you know what? It looks like SimCity could be pretty good after all. They're obviously going to increase the city size shortly after launch. I'm sure there's a good reason for the always online requirement. If there's not, they'll disable it. Gosh, this thing just seems like a legitimate simulation with thoughtful systems that feed into one another in intuitive and meaningful ways." 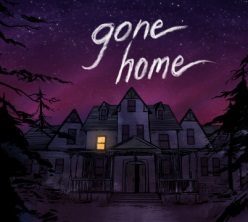 "Message boards and comment sections are terrible, but I still cling to a tiny shred of faith in humanity. No one is going to be stupid enough to claim that Gone Home isn't a game."

"SimCity was such a letdown. I'm really looking forward to Battlefield 4. If nothing else, EA is going to feel more pressure than ever to put out a working product. Their response to whatever minor issues crop up will be insanely fast."

"Mark my words. The Steam Machine will be the world's first living room gaming PC shaped like a saxophone."

"Something tells me this will be the first Grand Theft Auto with a worthwhile and original story. This game is going to have some serious lasting power beyond its impressively detailed world."

"People have been predicting this for half a decade now, but it's obvious that 2013 will finally be the year when cell phone and iPad games make everything else irrelevant. I'm not just talking about other handheld systems like the 3DS and Vita. Not just console and PC gaming, either. Mobile games are going to be so captivating and worthwhile that they will also supersede the existence of board games, sports, and life as we know it."

On the Oculus Rift:

"They're going to announce a cheaper version for people who already have monitors."

"I've got a good feeling about the direction this industry is heading. In fact, it seems to me that we have finally reached a point where inclusiveness will be embraced by companies and consumers alike. This is the year when the straight white male stops thinking that video games will somehow be made worse by acknowledging people and problems that he can't personally relate to."

"Mark my words. BioShock Infinite will be the world's first video game shaped like a saxophone."