Comedy Goldmine is honored to host another work of serialized literary fiction, as SA forums poster a star war betamax brings you a harrowing account of one man's- well, I'll just let him tell the story! 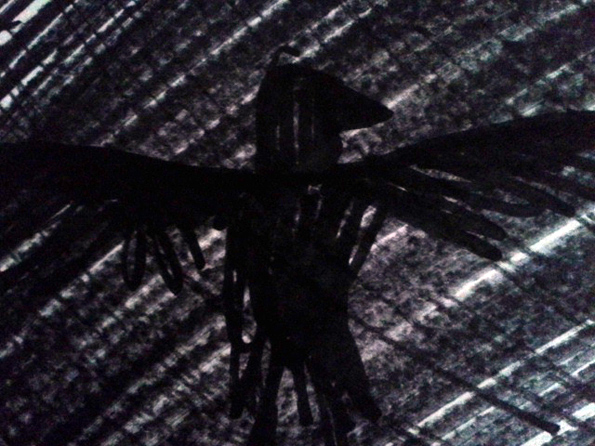 The sky was dark with them. Birds. Dark birds, they flew and they soared and they squwacked and chuirped.

"Ive had it with these dog gone birds" I said, to no one in particular because my roommate, Matt, was of no consequence to me ever since he had written a scathing and untruthful review of my fantasy restaurant online on the fantasy restaurant wiki that i both curate and founded.

"This is untenable" I said, in conclusion.

"Shut up" I told him and then I stormed out of the room and into the hall, very nearly tripping over the pile of discarded laundry that we had placed there in an effort to delay the entry of burglars into our apartment and we supposed that it had worked because we had never been burgled.

I marched into the street in front of our apartment building that so recently had been full of bustling traffic and people who were also bustling but now was only full of birds and the contents of their recently voided bowels.

"What is the deal with all these birds?" I asked, lilting my voice in the exact manner that the comedian Seinfeld was so well known for doing before he died tragically in a bird-related incident, the details of which I am both unfamiliar with and uninterested in. Truthfully, my knowledge of Seinfeld begins and ends with my pitch-perfect impersonation of his signature phrase.

Bits of excrement spattered the sidewalk around me and I tried to discern some pattern in them but I was unable even though I had scored very high in many online IQ tests and not just the easy ones that people posted on Facebook.

"I just want to objectively measure my intellect, not find out which Pokemon I am." Is a status update I had posted a few weeks back. It garnered quite a few likes but not as many as I had hoped.

A bird landed in front of me. It had Matt's face.

"The Sonic n' Pals Burger Bistro is a detestable blend of over-priced, poorly executed entrees, and a rude and unkempt staff. I was forced to wait, an utter prisoner of this culinary dungeon, for over an hour before my food arrived. The presentation, if you could call it that, left much to be desired, unless one desires their burger to be coated with what appeared to be exceptionally runny diarrhea" It chirped.

"I'll kill you, you bird" I said to the bird with Matt's face, but to be honest I really said it more to Matt, the real Matt, not the face-of-Matt on the bird. The moment the words left my lips I regretted them, because deep down, Matt was my friend, but as soon as I regretted them, I changed my mind and I did not regret them. I meant those words with every ounce of my being and soul and mind.

I wanted to kill Matt. I hated Matt.

I picked up the bird with Matt's face and I violently clamped my teeth onto its neck in an effort to bite its head off in one grotesque chomp, but ended up taking several minutes of chewing and gnawing to actually accomplish because it is a lot harder to bite a bird's head off that you would think.

The bird and the bird's head fell to the ground unceremoniously and also a great deal of the bird's blood also fell to the ground after it fell out of my feather-filled mouth. The feathers in my mouth were also covered in blood and some of them were stuck between my teeth but I didn't care, all I cared about was doing to the real Matt exactly what I had done to the bird that carried his visage. 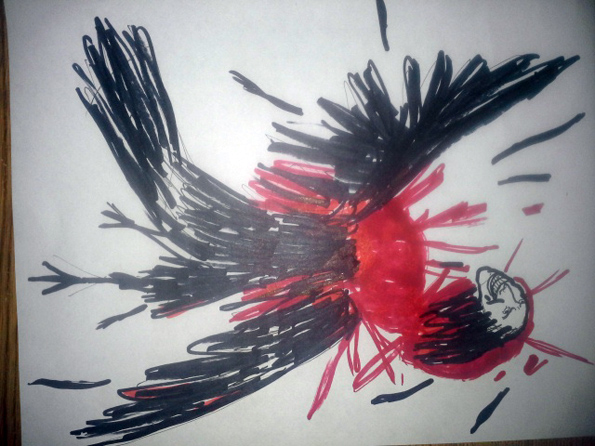 As I stormed away, back towards our apartment, I glanced back at the remains of the bird and was startled to see a smile slowly creeping onto bird-Matt's gore-coated face.