Men Going Their Own Way

Men Going Their Own Way is the only community dedicated to exposing the conspiracy all women have been a part of since the dawn of time. These brave forum members aren't afraid to show the true nature of all women, facts that simply cannot be denied by even the world's greatest scientists: women are all stupid, vain, manipulative, evil, stupid, lazy, superficial, clueless, stupid bitches who do nothing but impede the progress and technological breakthroughs, all of which are naturally accomplished by (white) men. Men have been Going Their Own Way since Eve wrongfully ripped from Adam his prized man-rib, forever cementing the fact that women would be disgusting, useless, shallow FUCKING WHORES WHO DO NOTHING BUT DESTROY THE COUNTRY WITH THEIR EVIL FEMINIST AGENDA AND NO I'M NOT JUST ANGRY BECAUSE THE CLOSEST THING I'VE EVER HAD TO A DATE HAS INVOLVED AN ANIME CHARACTER.

Generally speaking, if you have to ask your boss questions regarding your complex and highly technical job of "washing dishes at a school," the words you use to say with your mouth can either be justifiably ignored or answered with "you wash it, moron." Also, great sig file at the end there, it's important to let the world know you fuck tubes. 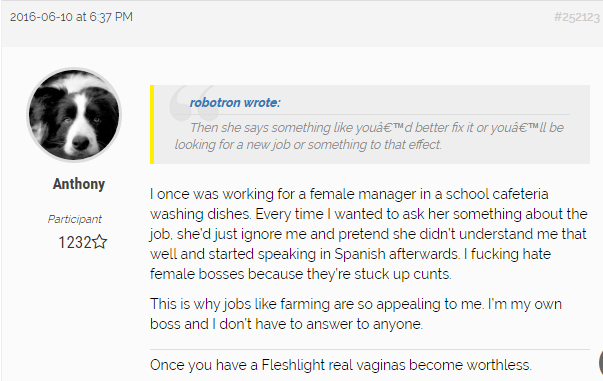 This guy sounds like the absolute greatest person in the world to work for. Unless you're a woman. Or a man. Or exist. He's the type of person who writes 40,000-word essays on why "women and children first" is a violation of his civil rights. 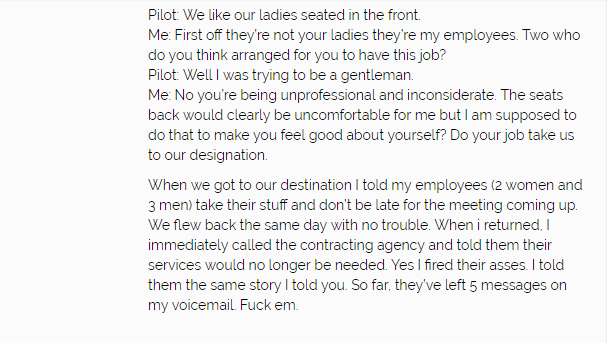 OH MY GOD, OBAMA'S VILE MAN EVICTION SQUAD ARE THROWING ALL THE MEN OUT OF THEIR HOMES TO APPEASE THE WELFARE-ADDICTED SCREAMING WOMEN. I'M GOING TO SEAL MYSELF IN A CONCRETE VAULT FOR A DECADE AND RETURN ONCE SOCIETY HAS COME TO THEIR SENSES. 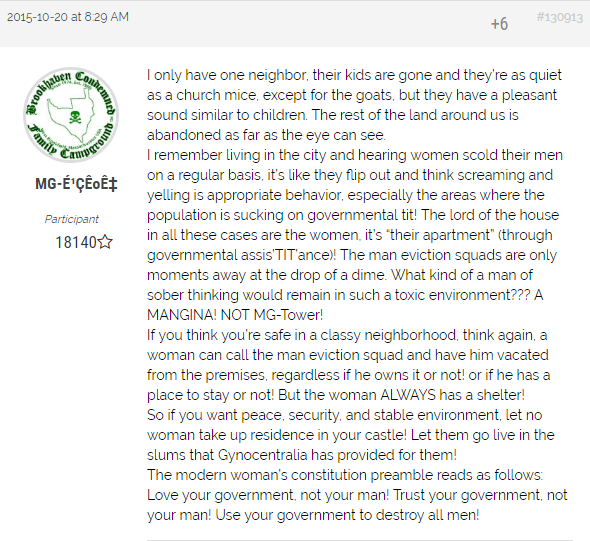