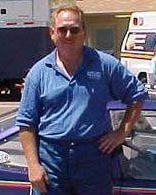 Jesus,I wish that I could tell you that it was all a cruel hoax and that no one actually liked Barbara Streisand or her wretched music, but I just can't do that, Unfortunately for the world, there are people out there who like her and, despite the fact that those people are either gay, middle-aged housewives, or suffering from some sort of degenerative brain disorder, she maintains an enormous fan-base and is gaining in popularity even as we speak. I hope against all odds that people do not give this harpy's music to others by way of a gift, but I fear that this method is also a way that the viral Streisand delivery system obtains new victims. I think that old people also like this woman and her songs. Perhaps it reminds them that they are hastening ever more quickly to the cold, cold embrace of the grave. Perhaps it is because they remember an era in which people like Barbara Streisand were viable entertainers and not just freaks of nature prancing about on a stage for a bunch of gullible geriatrics and fags. I have no idea. I do know that I will go out of my way to make sure that no one I care about is ever so terribly off that they are forced to accept such a wretched gift. If they ever developed a liking for her music I am afraid that I would have to quietly and mercifully put them to sleep. No life is ever made better by Barbara's aka. Babs' "gift."

She's one of those people I would gladly shoot into space if it were all feasible.

It's a short one for this week compared to my previous stuff, but hey, that's the way things go sometimes. This is NOT due to a lack of letters (oh my, no) but more due to the fact that I think that people can read through five letters a bit faster and find the funny (if there is any) in there in a more expedient fashion than they can with eight letters. I haven't had any complaints about the long-ness of the average column that I write, but they tend to be pretty darn long. If I get a bunch of email from you telling me that I should keep making them long, that's cool, and if I get letters telling me that you liked the short-style, that's cool too. It's all about you. Because I care. About you. Or something.

Anyway, if you want me to answer your questions, please don't hesitate to send email to: askemily@somethingawful.com. I'll see what I can do. If you have any other suggestions for the column that you would like to see happen ("omg stop writing b-cuz u suck, etc." need not apply) let me know about those too and I'll take your recommendations into consideration. Plans for a "Responses to Advice" feature are already in the works. In the meantime, be careful crossing the street and cover your mouths when you cough, etc blah blah blah