Pornfortheblind.org - thanks Ben and Stew! 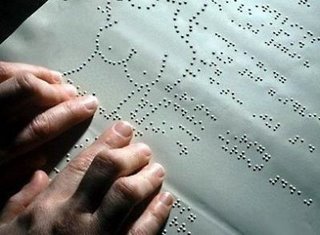 My challenge to you readers: go ahead and submit to them, in their desired format, narrated descriptions of the most horrible pornography you can find on the internet, as apathetically as you possibly can. With your help, we can help Goatse those who've gone without for so long, and make the world a better place. Oh, and how charming is this disclaimer on their How-To page:

There's a lot of pornography on the internet, and knowing where to start can be daunting.
Know of an awful site? Send it to us and become a hero!