A-Mobb, submitted by Aleldtritch. Since the "Fast and the Furious" hit theaters and somehow managed to make a whole lot of money, a number of extremely stupid young people have taken up street-racing as a hobby. This hobby basically involves buying a shitty import car and buying overly expensive kits that make it look like the least popular reject shitheap with just metal fans on the back from a 1950's car lot, and maybe a kit that makes the exhaust sound like the car is turbocharged. Unfortunately, what the hobby does not involve nearly often enough is dying in firey car wrecks. The "A-Mobb" is one of these groups of stupid kids who get together and race the cars their parents bought them and do not die. Please die. Also they don't know how to use image tags, which you would think would be pretty important since I thought their whole deal was showing off how "awesome" and "rad" their cars are while looking like the guy with the deep voice who yells "UHYEAUH!" in a rap video. 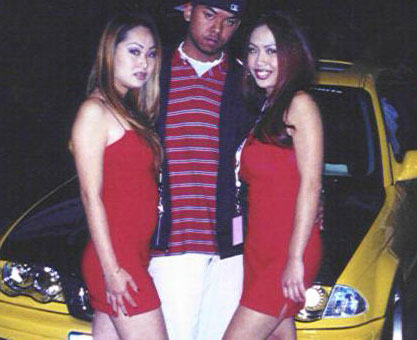