Friend or Foe, I Don't Know! 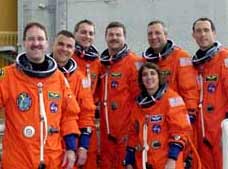 Astronauts make excellent friends because you can ask them to bring you moon rocks and they will be obligated to do so. I kid you not!I recently discovered that for reasons beyond my comprehension, I have formed "alliances" with other people, turning to them for entertainment and companionship. This revelation occurred to me when I found myself talking to somebody who I've known for a long time. "Holy shit," I said to him. "I am still talking to you!" After being caught off guard by my bluntness, this person confessed that we were friends. This instantly caused me to panic, because I worried that he might ask me for money or I might have to pay some kind of fee for our friendship. Thankfully this friendship was based on a mutual exchange of ideas, and so I was charged nothing. Friendship had become my newest friend! Friendship is all the rage these days, as people are coming together to support each other in all manner of ways. The primary component of friendship is having a friend. But who are friends and what do they want with you? Where are friends bought and sold? Having recently confronted these questions myself, I will attempt to help you out through a process I call "throwing bullshit at you."

Friends come in many forms, such as pets and humans. Much like you (assuming you aren't a robot), they breathe oxygen and eat food. They even have names like "Joe" and "Death" and "SexyGrrrrrrrl1138." Still more fascinating, pets and humans come in many shapes, colors, flavors, sizes, and girths. A third type of friend, the imaginary friend, seems to have very suspicious intentions. Why don't we take a closer look!

People
People tend to fall in the category of "human beings," which instantly establishes that they exhibit all the traits of a human. This doesn't mean that an alien couldn't be your friend; it's just that aliens have their own goals and probably wouldn't want to bother with you. People are either male or female, although nature occasionally plays grabass with the sex genes. On the buffet table of life, there isn't always a sneeze guard to keep things clean. This results in some people being born as a rare mixture of male and female, which isn't nearly as moist and clammy as it sounds. Female people are known for their emotional nature, which sadly disqualifies them from important job titles like "President" and "Male Stripper." Thankfully, these emotional shortcomings are balanced out by breasts, or "knockers" as they are called in textbooks. Females make the best kind of friends as they are more aesthetically pleasing and give superior blowjobs. It is also worth noting that women, like hotdogs, are at their best when they have all the fixings on. At the opposite end of the spectrum we have males, who tend to be good at shooting things and moving crates around warehouses. If you're choosing friends based on your needs, think long and hard. Do you need blowjobs or help moving crates? Yeah, I thought so. Those crates aren't gonna move themselves!

Pets
Pets tend to be very stupid, but this makes them more likeable. Pets are a big responsibility because unlike the average DVD player, they have no off button. You will need to keep your pets under constant surveillance, supplying them with food, water, and clean living space. While pets are often a chore, they do provide a few pluses. If you are extremely hungry, common pets like dogs and cats are full of meat, an important source of protein. They can also provide championship by sitting motionless while you observe them with God like impunity.

Imaginary
The most chilling type of friend is that which no one else can see or hear. Existing purely in the confines of your mind, the imaginary friend makes him or herself at home without paying rent. Sure you can talk to them, and yes, you can undress them with your mind, but in the end your friendship will prove to be meaningless. What's more, their powers of invisibility and telepathy will make you appear insane if you try to commune with them in public. Not surprisingly, the only people who have imaginary friends are children and crazy people. Imaginary friends will sometimes manifest themselves in physical objects, such as dolls and all-powerful swords forged in the fiery depths of Hell. In cases such as these, friendship is merely an illusion.

So now you know what friends are, maybe, just maybe, you want to collect a few. Pets and imaginary friends can be bought and created at will, so getting them is easy. They're pretty much obligated to either like you unconditionally or kill in your name. If you're lucky, they'll do both. The real challenge is making friends with other people. If you're wondering how to do that, then look no further than this listing of the best ways to make new friends compiled by several research institutes that don't actually exist: 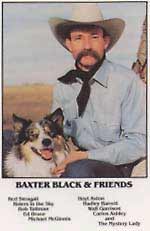 A truly lucky man might call both a cowboy and a dog his friends. As long as that man isn't an Indian, of course.

Trap Them
From my limited experience, I have determined that the best way to make new friends is to trap them. Bear and other animal traps are fairly inexpensive, and they do the job quite well. When that metal jaw clamps down on someone's leg, its sharp teeth dig deep into bone. In many ways this is symbolic of the friendship that you will form – a friendship that goes bone deep. You have to be very careful about what you say and do after trapping them, or they might get the wrong idea. Once your trap grabs hold of them, rush to their aid as if you have no idea who placed the trap. If you admit to trapping them, they will likely view you as a threat, and that's getting off on the wrong foot. Instead try to comfort them, call for help, and do your best to distract them from the rusty metal teeth rending the flesh off their legs and grinding bone to dust. After the ordeal is over, they will be grateful that they had a friend waiting by their side. Optionally, you could replace the bear trap with a large net or a big hole, so long as they're made to suffer. Suffering is the foundation of all strong friendships!

Be Social
Another way to attract friends is to frequent social events, such as parties, conventions, public restrooms, and shows. People often leave their homes for the purpose of engaging other people in conversation. If you put yourself in the position of being one of these "other people," you have a good chance of making friends. If you are a little nervous, you can always pull out a large net and trap as many people as you can. Just be subtle about it. No one wants to be friends with the guy who spears people in the gut or pinions them under a heavy net.

Be Wealthy and/or Attractive
The easiest way to make friends is to have them come to you. They will do this if you either have a lot of money, look good, or both. Pretty much anybody looks good holding money, so money is clearly the stronger motivator. People can easily tell whether you're attractive or not, but they can't always tell if you're rich. Advertise this fact by wearing a top hat, monocle, and gold-colored suit. Basically, dress like Mr. Peanut. People will swarm to you like fat people swarm to sticks of butter. Also like butter, they will melt in your hands or on toast if everything is positioned properly.

The biggest problem with having friends is that they often expect things from you, such as camaraderie or money. You might not always be in the mood to deliver the goods, and so you'll need to dispel their efforts to be friendly in a smooth and non-bloody fashion. This can be a frustrating endeavor, as a lot of people lack the ability to tell when they're not wanted. Don't fret, as there are a few well-known shortcuts to getting out of your end of the typical friendship agreement:

Don't Open the Door
The primary way of entering your home is through a door. This is the main safeguard that keeps you at bay from a world of savages. Should one of these savages come looking for you, they will need to make peace with the door. The door answers to you, though. When they confront the door with a knock, ignore it. As long as the door rests comfortably shut, and as long as your friends can't flatten themselves out and slide under it, you won't have to deal with them.

Don't Answer the Phone
If the door is secure, the only other way a person can penetrate your house is via the telephone. Just as you have the right to ignore the door, you also have the right to ignore the telephone. Sure it may ring to high heaven, but you can unplug it. Better yet, you can deflect their calls with a hilarious answering machine message where you say, "I'll be back" in an Austrian accent. Don't make it too hilarious, or people will be calling just to hear it!

Talk to Them About Your Personal Feelings and Longings
The last thing anybody wants to hear about is your inner feelings, even if they do call themselves your friend. Talk about your parents excessively, or how you're not sure what life has in store for you. They'll nod along at first, but after awhile they'll want to get the fuck away from you and your goddamn whining. Only needy people will listen to your boring stories, and needy people need to leave you alone. But don't worry about needy people since their feelings don't matter. Once you drive your friends away, smile and relax because you just claimed your pound of flesh! Get enough flesh, and you can build yourself the most realistic and disturbing "friend" imaginable. Just make sure you don't tell anybody, because then you'd get sent to jail.

Hide
If worse comes to worse, make like Ann Frank and hide. Even if you have to go a few weeks wearing a lampshade as a disguise, it will be well worth it.

Whatever method you use to avoid your friends, just make sure it doesn't involve telling the truth. The last thing you want is an open and honest friendship, because then your friends will be asking a lot more of you. Truth is for suckers, anyway.

Speaking of truth, it's time for a new TruthMedia Review! One of our diligent and well-groomed readers has submitted an excellent review of "Final Fantasy X," by Square. Like all TruthMedia Reviews, you can count on factual errors and gross incompetence. Oops! 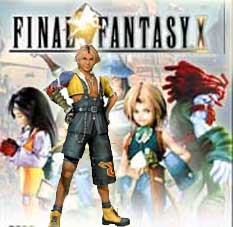 As usual, we need your help spreading the truth and getting the hatemail. Share the article with your favorite bulletin board, newsgroup, or website. Just don't let them in on the secret! Also, don't spam anybody you lousy longheads. When the flames roll in, we'll share them with you.