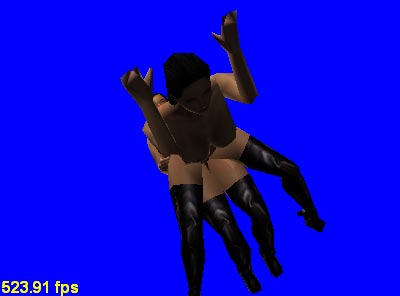 2003 February 1
Alpha 2.011 has been released. Along with bug fixes main change is the inclusion of a new scenario: "How to put on a condom."

It should also be noted in that screenshot that the game gets fucking INSANE BLAZING FAST frames per second! I was in the 500-600 range at all times! 3D benchmark software needs to start testing video cards for Frames Per Second in "Erotica".