Tuesday, Jun 15, 2004 by Rich "Lowtax" Kyanka (@TwitterHasBannedAllMyAccountsEver)
Know of an awful site? Send it to us and become a hero!

tights69, submitted by Disciplined. Although most of the goofy, revolting fetish pages featured here on SA have been wholesome, all-American, patriotic citizens of the United States, we would absolutely kick ourselves if we failed to mention that America isn't the only country polluting the Internet with stupid bullshit disturbing sex sites. As many people know, Germany and Japan are two other notorious offenders of moral decency, electing to release their pent-up, governmentally outlawed sexual frustration on the rest of the world. Today's website, while not as disturbing as your run-of-the-mill hermaphrodite anime furry page, makes up for its lack of outright perversion with its comical broken English attempting to explain the sexual attraction to men wearing panty hose. 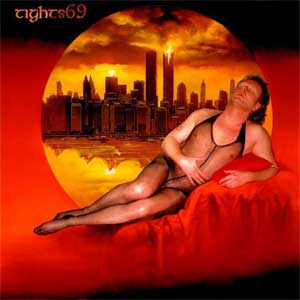 This fetish is - especially by men - not so rare, but in the opposit to latex or leather its not so well known or accepted in public.

Even most fetishists don't know, that they are not alone with this passion .... therefore they mostly life their affection only hidden and even are allmost to angry too, to tell their girlfriends, that they would love to see them in pantyhose - not to mention to say that they love to wear pantyhose by themself.

To change this and to bring this passion out of the dirty and perverted erotic-area, as well as out of the prejudice " surely they all are just kinky gays" I have made this page.

PS: You gotta see the pictures... oh god, the pictures. This crap is wonderful, it's like somebody Photoshopped a bunch of "gay men wearing pantyhose" photos onto 80's heavy metal band record sleeves, which is simply the most perfect idea ever created. It truly is "the erotik of male nylonfetishism."