Tuesday, Apr 16, 2002 by Rich "Lowtax" Kyanka (@TwitterHasBannedAllMyAccountsEver)
Know of an awful site? Send it to us and become a hero!

Welcome to Giwer's World, submitted by Jack. Welcome to Giwer's World, the only website where you can find, uh, well, both absolutely anything and absolutely nothing at the same time. Here's just a short list of the topics covered on the main page: USENET, SPAM, food, Linux, smoking, anti-government propaganda, the National Missile Defense System, dead babies, Hitler, anti-NATO propaganda, superstitions, and aliens. Wow, what a page! 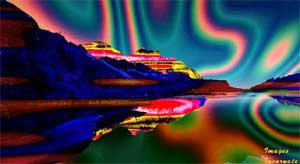 Who are the targets
It started with

Anyone supporting the Palestinian position against Israel meaning essentially all Islamics and the very large community of anti-Israel and anti-Zionist Jews
Anyone reciting archaeological findings in Palestine and the known history of Palestine which brings into question Israel's claim to the region
and expanded to
Anything generally considered politically conservative as the term is defined in the US and Canada.
against gun control
anti-abortion
libertarian in general
questioning gay rights
questioning open immigration policies
questioning dual citizenship
anti-socialist/marxist/communist
supporting the punishment of convicted spy Johnathan Pollard
It is a somewhat diverse list but clearly the opposite of pro-Israel and pro-liberal as defined in the US and Canada.

The list of people being canceled started with one and it now over fifty with almost as many as the ISPs, wittingly or unwittingly, which have participated in these cancellations.

Makes sense to me! Well, actually no, it doesn't, but the main theme of "everybody is evil except the webmaster of this one site" shines through especially well. Is there anybody left we can trust?!? Yes there is, and I'll tell you who: Batman.