WELCOME - ARPANET VISITORS - MEMBERS OF THE MILITARY AND NSA! HA

Wednesday, Apr 17, 2002 by Rich "Lowtax" Kyanka (@TwitterHasBannedAllMyAccountsEver)
Know of an awful site? Send it to us and become a hero!

WELCOME - ARPANET VISITORS - MEMBERS OF THE MILITARY AND NSA! HA, submitted by Cristina. Christ, I'm too exhausted linking awful sites to even begin on this one. I'll just toss up a picture and quote some text and call it a night. 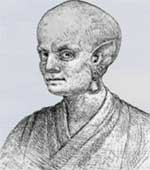 Jeff Harrington has been psychically inducing luminescence in the live cameras of broadcasting TV shows since 1983. Since discovering his capability while working in a Madison Avenue Stereo/Video store in 1982, he has progressively fine-tuned the process so that now he can selectively vary the luminescence in such a way as to promote stammering, blinking and incoherence in the on-camera news person. Jeff Harrington's work is best known to the public as the causative factor behind Dan Rather's unfortunate "What's the Frequency, Kenneth" incident.

Harrington has zapped every presidential debate since 1984. Recent zaps of note include the Bob Dole follow-up to the State of the Union Address where Dole became practically unintelligible and the March 6 ITN news broadcast as part of his UK push to spread information about this spiritual and artistic process.

Remember the time BEFORE you were exposed to this site? Wasn't that a nice time? Don't you wish you could go back?

PS: They have a guestbook you can sign if you're a buffoon or hoodlum or whatnot!