I'm retiring Carstuckgirls (and its companion sites Pedalpumpinggirls.com and drivinggirls.com) from Awful Link consideration for another five years, after which we can once again marvel at its inexplicable continued existence. 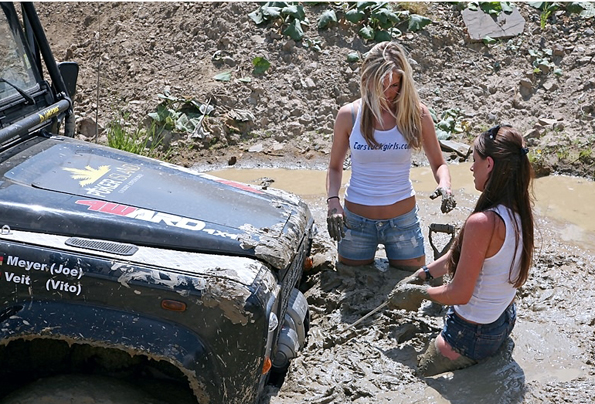 A woman in a Carstuckgirls shirt gets mired in mud. Oh, the irony!