Crypto-Comics is not so much a webcomic as a cynical experiment to see how little effort can be put into one. It takes stick figures from Cyanide and Happiness and slaps a large circle with the Bitcoin logo over them. Everything else appears to have been made in Microsoft Word with the shape creation tool. Out of 40 comics, about the only thing that's actually drawn is a thong on a Twinkie.

There are no jokes in Crypto-Comics, just insufferable nerd smugness pretending to be humor. The basic (and only) premise of the comic is that Bitcoin is awesome. Bitcoin users are super-smart guys with massive balls, lol! The goal is that the Bitcoin community will eat up this ego-stroking tripe and throw piles of their superior currency at the author to help him pay off his massive student loan debt. 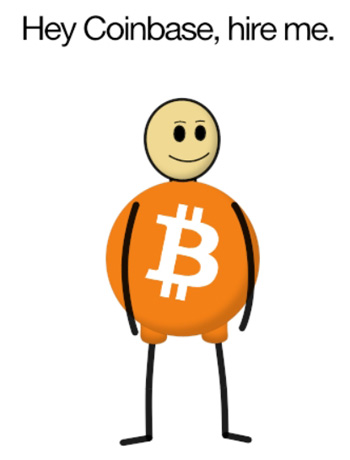 Not just anyone can "understand Bitoin well," as the Crypto-Comics creator claims he can in his credentials. Apparently you need multiple computer science degrees to understand the intricacies of pretend internet money, which makes a few of these comics totally incomprehensible to anyone who isn't part of the cryptocurrency scene. Like, what the hell is this even supposed to be about?

Even worse than the comic's pandering to Bitcoin users are its cloying pop-culture references. Did somebody say.... Breaking Bad?!?! Yes, if only American hero Walter White had used Bitcoin, he wouldn't have gotten himself into such a pickle. 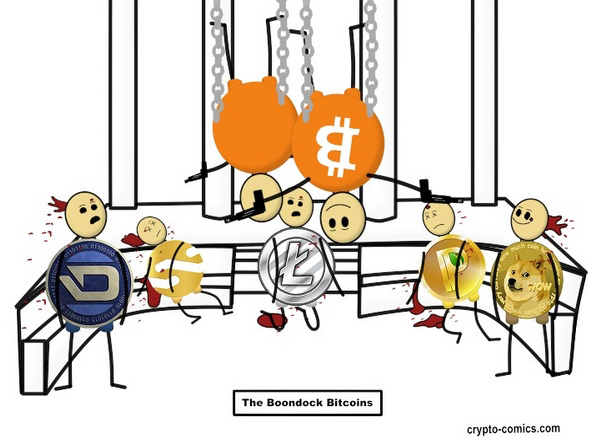 Crypto-Comics also serves as an outlet for the author's bizarre rage at Bitcoin's many enemies, from scheming college professors to the state of New York. Oh, and remember when Newsweek claimed to have found the founder of Bitcoin, and it turned out it was the wrong guy or something? Here's an extra-blurry comic featuring a personification of the magazine being violently beaten. Yikes!

Other cryptocurrencies like Dogecoin, Litecoin and Peercoin don't fare much better. But, haha, it's all just for laughs! When it comes to donations, the author will accept whatever you've got. Please donate.