The Kanga Sound Editor is a freeware program that offers terrible synthesized sound effects like "monster breathing" and "laser gun drum," all recorded from the bowels of a wretched cybernetic hellscape. At best they seem suitable for some garbage indie game, yet the developer insists KangaSound can be used to create beautiful music. To prove it, he's made five (5) slightly different versions of the same music video, all of which sound like a collaboration with a toddler banging on a Speak & Spell. He's also trying to round up volunteers to help him record an '80s-style pop album using the program. Spots are still available, if you can believe it! 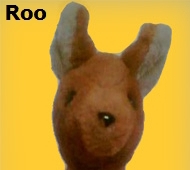 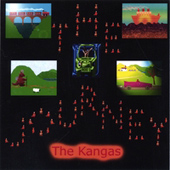 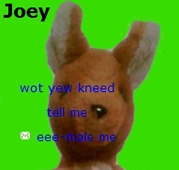 To make KangaSound stand out from all the other incompetently designed software-developer pages, he has gone "all in" on a stupid, cutesy kangaroo motif. The site is supposedly run by Roo and Joey, two "super-talented kangaroos." Roo is clearly the brains of the operation, whereas Joey is like a horrible Australian redneck or something. Here he is explaining the system requirements:

And here's Joey describing the album of "Kangaroo music" he made with Roo using the program:

If that whimsical kangaroo-speak doesn't get you pumped for the dulcet tones of synthesized sounds, check out the navigation links at the bottom of the homepage. They're MS Paint pictures of kangaroos, which, in a stunning display of 1999-era JavaScript, pointlessly hop around the page if you click on "Start roos." I keep trying, but I can't figure out what the "Excite roos"/"Calm roos" buttons are supposed to do. I guess that's just the way the roo bounces.