Poor Diversity Lane. Not only did her crazy liberal family give her a stupid name, but also they talk about feminism right in front of her, welcome Muslims to the neighborhood, and force her brother to befriend a black. If she weren't a right-wing God-fearer who undoubtedly considers suicide a sin, she'd probably kill herself to escape the madness.

The hard-hitting political commentary doesn't stop with the comics. Creator Zack Rawsthorne gives each panel a groundbreaking title such as "Universal HealthScare," "We The Sheeple" and "Armed Robamary." All this provocative mockery will surely reduce liberals to abject depression, thus causing them to lose their jobs, which will lead to them draining on society and eventually siphoning money from Rawsthorne's paycheck. Even when liberals lose, they win! 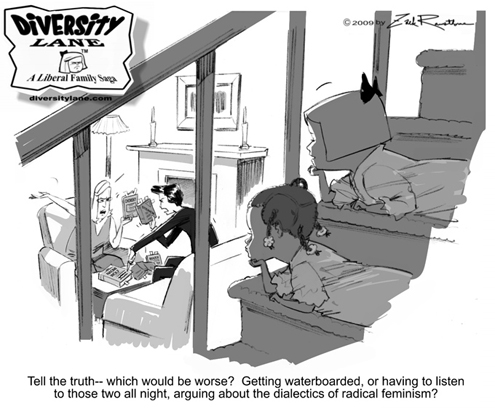 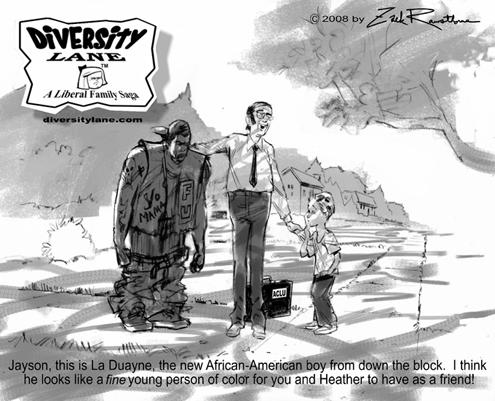