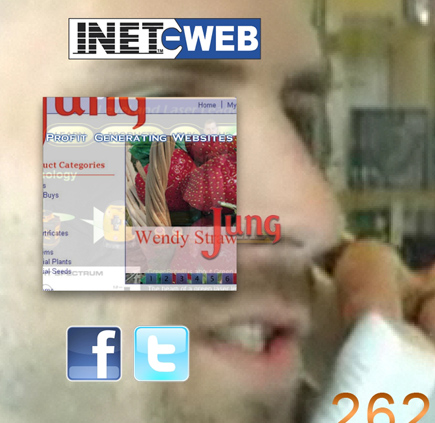 There are a lot of other terrible things happening on the home page simultaneously, including the pop-up talking guy, but I could only grab so much in a single screencap.

You know what's even more annoying, though? When it's some dumpy dude in a bad suit talking about making your website more profitable and occasionally meowing (!) while a poorly compressed mpeg runs in the background, slowing your computer to a grinding halt. That's what this website is. It's the old story of the guy who took some classes on Flash development at the learning annex and now preys on the Internet-naïve by making template websites in ten minutes and charging thousands of dollars for what he unironically calls "creative genius."

Speaking of creative genius, go ahead and meet those creative geniuses. You'll be greeted with a bar of people's heads that constantly scrolls unless your mouse is dead center. Now, resist the impulse to immediately retreat from the gaggle of faces from your nightmares and click one to hear a nice little inspirational speech chock full of vague guarantees and nonsensical statements like "Two rings for a live local human being and say you saw this site and I'll make it one and a half for you!" Try to figure out what that means. Oh, also, they like to accuse their competitors of having "enius envy," which is later clarified to be "creative g-ENIUS envy." Clearly, we are dealing with web Einsteins.

The rest of the site is pretty standard, to be honest, just links to websites they've done and bullshit about search engine optimization. Everything pales in comparison to the roughly fifteen minutes of video "infotainment" in the meet the geniuses section. If, to satisfy the latent (or active) masochist inside you, you feel compelled to spend time at this website, spend time there. Or, you know, go outside, meet new people, start a nasty addictive drug habit, whatever. 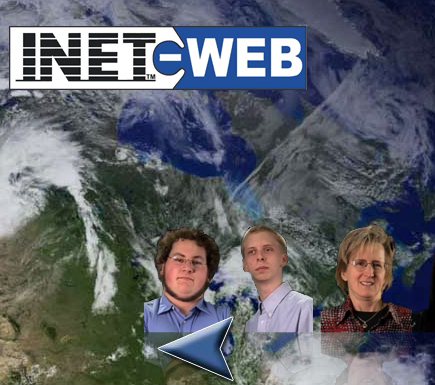