Puppets for Jesus (Thanks, Zee!)

While I've never thought puppets were particularly scary, I do find them a little bit eerie when I see one just sitting there, without an arm to serve as its spinal column, staring back with the same look in its eye that it has when it's "alive." What I'm saying is, it wouldn't surprise me if Satan brought a puppet to life as an instrument of malice, kind of like in Child's Play or that one episode of Tales From the Crypt I saw when I was like 6. I must not be the only one who believes this, because Puppets for Jesus strives to counter that kind of sentiment. These aren't your normal puppets! They're holy and ready to teach your kids values like love, sharing, and condemning the gays to a fiery eternity! I assume that's part of the message, at least. I imagine a lot of people who have puppet ministries might be trying to put their Theater degrees to work in a way that lets them repent for that "phase" they went through in college.

Anyway, this site exists to help spread the word of God to children who believe that things made out of felt can talk (the greatest believers). Puppets for Jesus is apparently less about the sale of puppets then it is about giving people scripts with which to continue their puppet ministry. Because if there's one thing that's really challenging, it's figuring out how to tell a story that's already been written using puppets. You've got to write a script and everything! 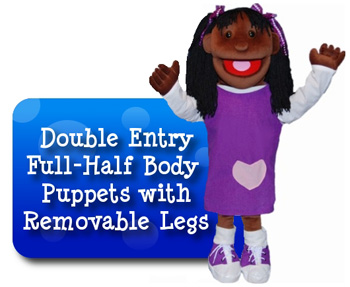 Because it's the biggest part of the site, I figured I'd take a look at some of the lessons. One actually suggests feeding kids a "cake" made of whatever kids feel like adding, without cooking or anything, in an effort to teach them why rules are important. A valuable lesson for any child unaware of the dangers of salmonella, for sure, but it sounds like a much better recipe... for resentment! (Break for laughter)

Anyway, I don't know much about the world of puppets, so I have no ability to judge what makes a puppet skit good or bad. But I do know a little something about Christianity, so I know it's "good" as long as it stays "on message," regardless of the talent involved or sophistication of the piece. No one gives a shit about that, they just want to make sure it's chock full of God. On that end, Puppets for Jesus can surely delight the 8-year-old fundamentalist in us all! 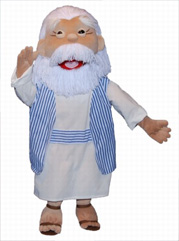 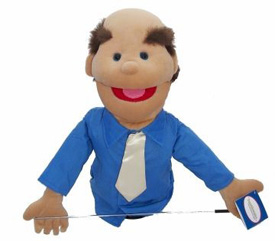