As we pull 'round the bend of March into the true Spring, the specter of April Fools' Day looms larger and larger. We pull our testes up tightly and close our cervixes in preparation for the barrage of unfunny "pranks" from uncles, coworkers, and every other pin-headed dipshit we know. These pranks never end in mutual amusement, or even a good-natured groan of defeat. They're the kind of ordeal where someone donkey-laughs at you, not with you. A man punches his girlfriend and screams "PRANKED!" at her on YouTube while she cries. These are the tools of April Fools.

Take, for example, the fake pregnancy test. The joke one (above) is obviously bogus, which places it in the world of "ha ha, you got me." But reviewers complain that it's not realistic enough to be believable. That's where things get dark. A company called Midstream makes professional-looking fake pregnancy tests that give a false positive. They also sell an altered Equate brand pregnancy test, in case it'd be more believable that you wouldn't shell out the extra two bucks for the name-brand stick.

I'd say they crossed a line somewhere, but it'd actually be two lines, if you're pregnant. 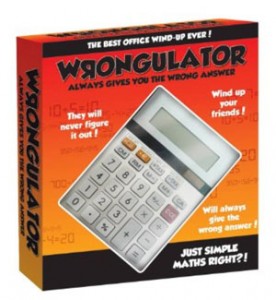 Is the Wrongulator, a calculator that gives wrong answers, less evil than a realistic pregnancy test? Maybe yes, and maybe no. The catch with this one is that you might use it for an extended period of time before realizing it's wrong. Especially if you're an old person, and you have an actual desk calculator instead of using the one on your phone or computer. Sure, you can't use a calculator to trick someone into marrying you, but sprinkling wrong answers through years of tax returns, medical calculations, and construction measurements is a more pervasive, long-lasting problem. 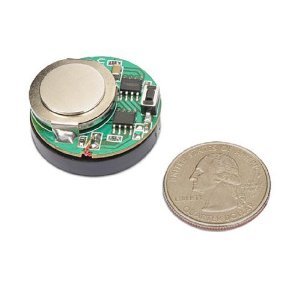 The Eviltron is a tiny, battery-operated device that beeps every five minutes. It's impossible to find, because when you get up to look for it, it's not making any sound. It's so high-pitched that it's hard to tell where it's coming from, anyway. So your two choices are to dig behind furniture, above ceiling tiles, and through cabinets and drawers... or listen to the beeping until it dies, months later.

Putting tape on the bottom of someone's optical mouse is a good work prank. Hiding this thing in your office just makes everyone else's work days worse, all the time, until someone finds it. And when they do, they'll know it was you, because you're an asshole who would think it's funny. 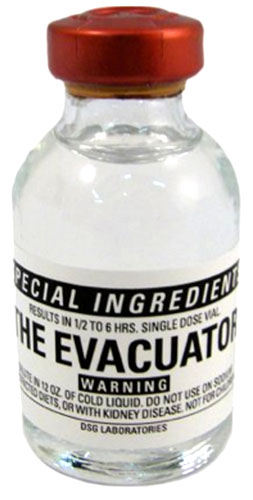 "Evacuator Super Laxative" is described by the manufacturer as a prank, and also bears the warning "Not to be used on others without their consent." Well, if you had consent, it wouldn't be a prank. And even if it were okay to adulterate someone's food or drink for the purpose of a low-level joke, giving them uncontrollable diarrhea is probably the least subtle or funny thing you could do.

When I worked with chemists, they'd occasionally slip each other a bit of Methylene Blue, a dye which is usually harmless, but will turn your urine bright blue a few minutes after you consume it. (It has rare but serious side effects, so please don't do this. Chemists are assholes.) 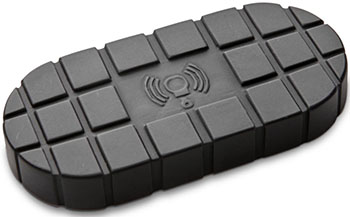 This is a "Micro Sonic Grenade," which skips the pretense of subtlety or timing, and blasts a 115dB siren when you turn it on and I guess throw it at someone or put it somewhere. Despite the fact that noise-induced hearing loss begins at a sound pressure level of 90dB, reviewers of this thing mostly complain that it's not loud enough.

And that's the problem with all of this. People who make jokes don't like April Fools Day, because if a joke's funny, it's funny on any day. Assholes like April Fools Day, because it's a great excuse to hurt people and wreck their shit. "Have a sense of humor," they'll tell you, as you shit yourself on the floor of the office, Sonic Grenade just out of reach of your frantically grasping hand. "When you finish pooping yourself like a baby, go online, and read the articles, because they're definitely all real."