Gentlemen, it's that time of the year again!

It's summer and you know what that means! Despite 11 months of praying to Dread Lord Cthulhu, ICP hasn't fucked off forever and that means it's time for tha muthafukken Gathering, bitchez!

Every year, in August, several tons of flabby, pasty, methed-out flesh converges on Cave in Rock, IL for a fun-filled weekend of listening to 2 fat middle aged men dressed up as gangsta clowns rapping about pretend murders and dollar store soda. But that's not all! There's also 90's rap acts, stupid nu-metal bands wayyyyyy past their expiration date, "comedians" (such as Ralphie May and Jamie fucking Kennedy), wrestlers (including future hall of famer "More Coming Soon") and more!

I think my favorite part, though, has to be the "sideshows" because LMAO holy shit check this shit outttttt: 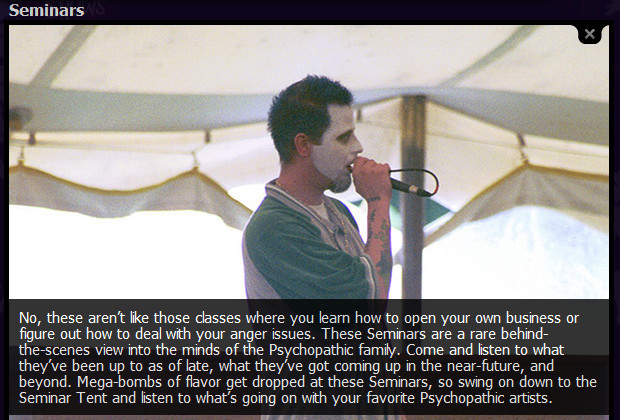 AY YO REAL MUTHAFUKKEN KILLA CLOWN NINJAS BE NEEDIN SOME MOTHERFUKKEN SEMINARS UP IN THIS BITCH!!!!!!!! AND FUCK THAT ONTRAPRENOOREAL, ANGER MANAGEMENT SHIT!!!! YOU GET TO ASK SHAGGY AND J WHAT THEY FAV. FLAVE FAYGO IS!!!!!!!!!! 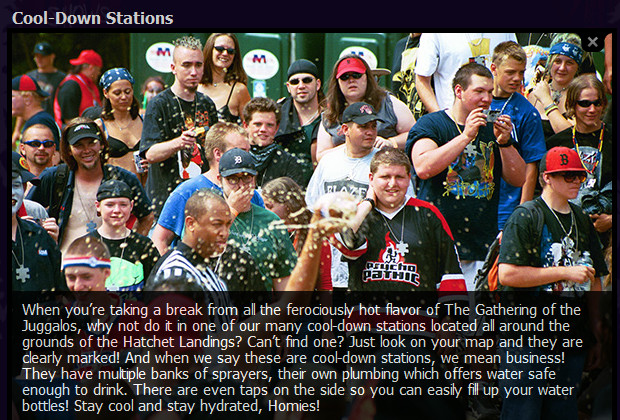 BITCH HOW YOU EVEN GOING TO GET DOWN TO HIP HOP LEGEND MASTER P AND STATIC-X IF YOUR ASS HASN'T BEEN DRINKING AT LEAST 8 8-OUNCE GLASSEZ OF WATER A DAY???? YOU CANT EVEN DO IT HOMIE. SOON AS MASTER P START UP W/ HIS HOOTIE HOO SHIT YOUR ASS WILL COLD PASS OUT FROM DEHYDRATION!!! SHIIIIIT!!!!!!!!!!!!! 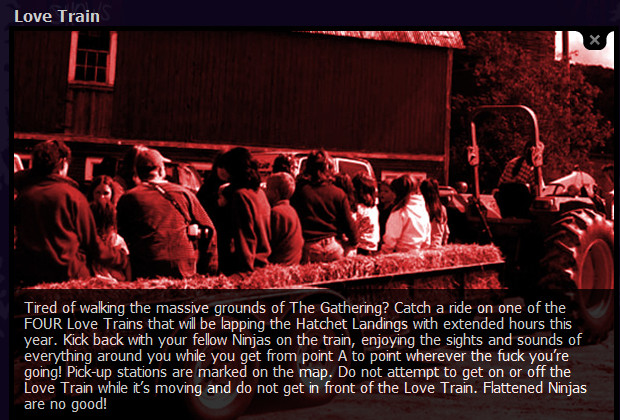 TOO FUKKIN FAT TO WALK YOUR METHED-OUT WHITE ASS 500 FEET TO SEE OUR DORKY ASS CLOWN PAINT RAP ACTS MY NINJA???? WE GOT A FUKKEN TRACTOR TO HAUL YOUR MORBIDLY OBESE BODIEZ AROUND IN WOOP WOOP! IF YOUZ A JUGGALETE YOU MIGHT EVEN GET SOME SOME HAY UP IN YOUR YEASTY-ASS NEDDIN LOL FORREAL THATS SICK THOUGH YOU NEED TO WASH YOUR GUNT!!!!!!!

And the price for this fantastic little outing? Only ONE HUNDRED AND SEVENTY FIVE FUCKING DOLLARS. To put that in perspective, that is more than enough to buy a gun to blow your fat, stupid brains out with for thinking about attending this stupid shitfest.