In this week's Comedy Goldmine, multiple strangers intentionally try to confuse each other. Haha just kidding, it's people describing movies via ancillary details! Get it? Ah, good shit. The first few tell you what movie they're describing, but from then on it's a fun guessing game you can play at home. Don't worry if you don't get them all, though - read to the end for a fully-featured answer key! 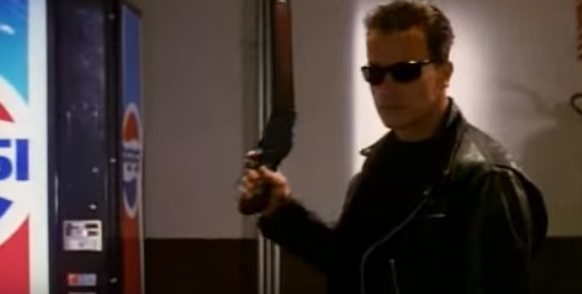 Ghostbusters (1984) is about three scientists who live in New York. They visit a library but get fired so they all move in together to live in a fire station.

They meet a cellist, an accountant, an EPA lawyer, and an unemployed black man.

They get arrested, but they are let go later.

In the end, they go to the roof of a building and make a mess.

Hamlet is the story of some Danish guy who finds out his stepdad has enlisted two of his childhood friends to spy on him and set him up to be executed, but Hamlet outsmarts them and the pair unwittingly deliver themselves up to execution instead.

The Day the Earth Stood Still (1928): a robot is in Central Park. Autumn passes.

Beauty and the Beast: Old man struggles, fails to invent anything worthwhile, ends up trading daughters life for his own. Later, household staff receive no compensation for a decade of service.

Groundhog Day stars Bill Murray who plays a TV weatherman. He visits the town of Punxsutawney to report on Groundhog day. He wakes up at 6 AM, learns some new skills, falls in love with his producer Rita and decides to move to Punxsutawney permanently.

Idiocracy: After sleeping longer than he planned, a man disagrees with today's media.

Anti-Christ: A couple go on a cabin getaway to escape from the stresses of parenthood. There they encounter several animals, including a fox, deer, and crow.

Shaun of the Dead: A man submerged in routine attempts to find his way to his favourite bar. He and his friend play frisbee with records. Along the way he meets his doppleganger.

A child reconnects with his mother who's been committed to a mental hospital. With the help of a friend they escape from the hospital and go to vandalize a computer lab. A police man gives chase.