Marketing Tie-Ins for '24: Live Another Day'

Israeli tourism - Jack encounters a Mossad agent doing nefarious jew things, but foils them and has them arrested. However, as the UK has an extradition treaty with Israel the Mossad agent keeps repeatedly saying "Jerusalem is lovely this time of year". So much so that Jack asks his backup team to do some research, and sure enough Jerusalem is lovely this time of year. Further, the Israeli government has offered production support in the form of as many young Palestinian men as we need and guns to shoot them with. 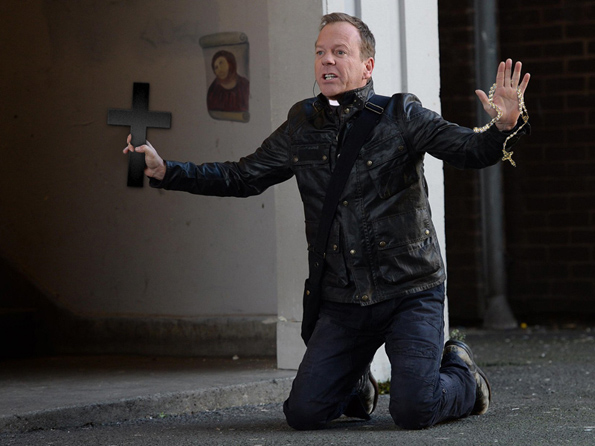 Believing in a Judeo-Christian God: Everyone in America seems to believe in God, and that's because of the church's great marketing program. In this 24 episode. Jack talks about how his belief in God is strengthened by yelling, shooting and torturing people. Watch 24 on FOX because God is real.

Being gay - Being gay is big in Britain, being gay is an official sponsor of the Premier League for example. At the very start of the opening episode, Jack will have to do some gay stuff as part of his cover. Several hours later, he does gay stuff to make sure he doesn't enjoy it. He doesn't. But an hour later he tries it again just to make sure he has the stomach for it if he needs to maintain his cover. Later, Jack must protect a group of MPs (Members of Parliament, all of whom are gay by law) who thank him by being gay with him.

[at tied up terrorist, with colleague gently waterboarding a suspect] ...Perfect. [Turns to camera] Oh, hi. I'm Jack Bauer. I'm a Counter Terrorist Unit agent. I've got a lot of things to do during the day. So something like [screaming at suspect] BEING BEATEN WITH A CLUB, PEPPER SPRAYED, AND TASED!![regular voice] would really slow me down. So that's why I carry, the ACLU card. 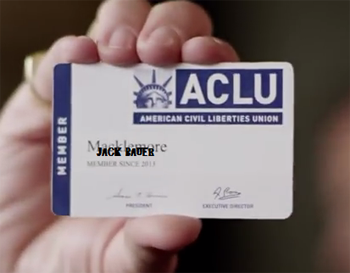 24 terrorists will be hidden around the country, and with only a few cryptic clues it will be up to you to locate a terrorist and extract one of 24 unique secret codes through brutal torture techniques, redeemable for a signed and offical Jack Baur messenger bag.

We've been trying to think of creative ways of editing out or around the Gangnam Style episode, unfortunately Jack was doing the dance to take the bullet for the President, who addressed him as "hey sexy lady", and Kiefer is too busy being an alcoholic and working on Mortal Kombat for reshoots. We're lashed to the mast on this one.

Thanks to Palpek for the images! You can e-mail him here to suggest SA Photoshop themes!