Finally, here are standalone blurbs and images that Sandler will somehow combine, for boffo box office!

The Executive Producer: A story about a man who makes movies as a tax shelter, only to come into conflict with an older man who did it first. Starring Adam Sandler, Mel Brooks, and the ghost of Zero Mostel. Filmed live. Rated NC-17 for Violence, Language.

Great balls of Fowfe (2014): Adam Sandler is back to his wacky antics this summer as Nathan Fowfe, an intern working at a corporate science research lab. Nathan's boss Raynor Goldman (Peter Gallagher) scolds Nathan for repeatedly goofing off at work, and orders him to volunteer for experimental genital surgery or be fired. Nathan reluctantly agrees to this and undergoes the procedure thinking it may at least improve his luck with the ladies.

Things go awry for Nathan when a lightning bolt hits the roof during the surgery, causing the cybernetic implants to become ferromagnetic, which causes all sorts of hilarity for the next hour and a half as thousands of inanimate objects are rocketed into Nathan's balls!

Lenny Cheekers was always considered an ass, but after a fight with a curio store owner, things have taken a turn for the literal. Now his giant ass is getting up in everyone's business and making him the butt of every joke! Lenny tries everything to lose weight off his cursed ass but nothing works.

Then one day he's waiting in line for the bank when some robbers come in, shooting the place up. The bullets all bounce harmlessly off Lenny's ass and one mighty bootyclap sends the crooks crashing into the wall. Lenny realizes that whenever he saves the day with his magic ass, the curse lessens a bit, but when he decides to take on the local gang leader, the unselfish decision removes the curse entirely. Can Lenny get the powers back in time to save the city?

Adam Sandler stars in The Ass.

Due to a clerical error, smalltime con-man Rick "Rico" Keene (Sandler) is suddenly made CEO of the world's biggest telecomms conglomerate. He has just 14 days to prove he's got what it takes to stay in office. There's just one problem: His identical twin brother Nico (Schneider), who's intent on thwarting him and taking his place at the top! How will Rico end up - white collar, or orange jumpsuit? It's a laugh a minute in Chief Executive Off-Pisser.

Moonshine: The Moon (Adam Sandler) has a spat with his girlfriend the Earth (someone), who flings him into the adventure of a lifetime around the Solar system! On his journey he's joined by Haley the Comet (someone else), and 99% of the film's budget is spent on all the poop jokes for when they meet Uranus (Rob Schneider).

Love Child: After getting lost when trying to find a former college roommate's bachelor party, JB (Adam Sandler) accidentally crashes the bride's bachelorette party, instead. After sticking around with the girls and having a drunken one-night stand, he learns the woman he slept with was his friend's bride-to-be.

Now, 20 years later, the fashion photographer has been invited back into their lives for their wedding anniversary. Once there, JB discovers that he might unknowingly be the father of their rebellious, loud, and wild 19-year-old daughter. To complicate matters, the girl has a crush on him and starts to aggressively pursue him while he's staying in their home for the weekend.

Now, JB, whose whole life has been spent in debauchery and irresponsibility has to become a responsible father to a girl he's never known without wrecking the marriage of her parents.

Tagline: "Would you trust leaving this man alone with his daughter?" 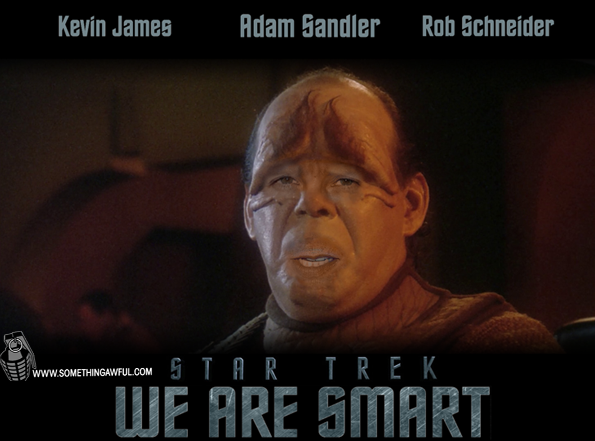 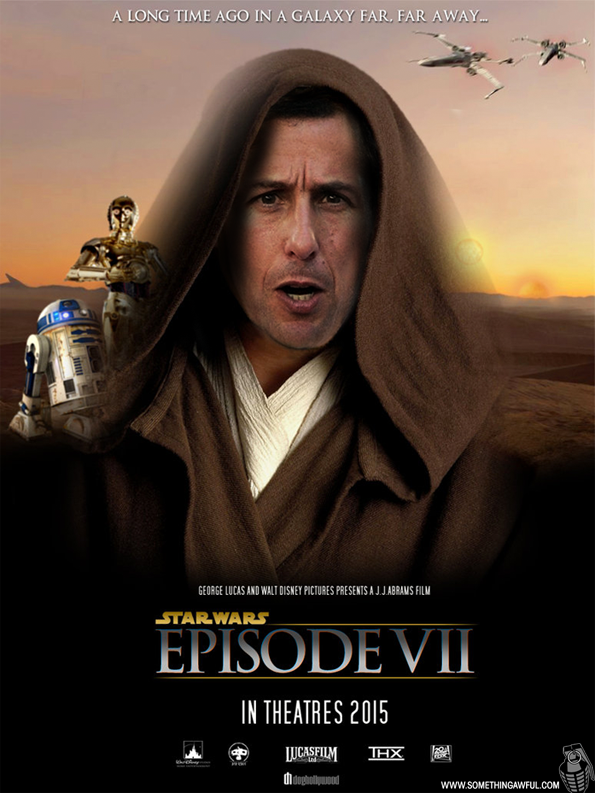 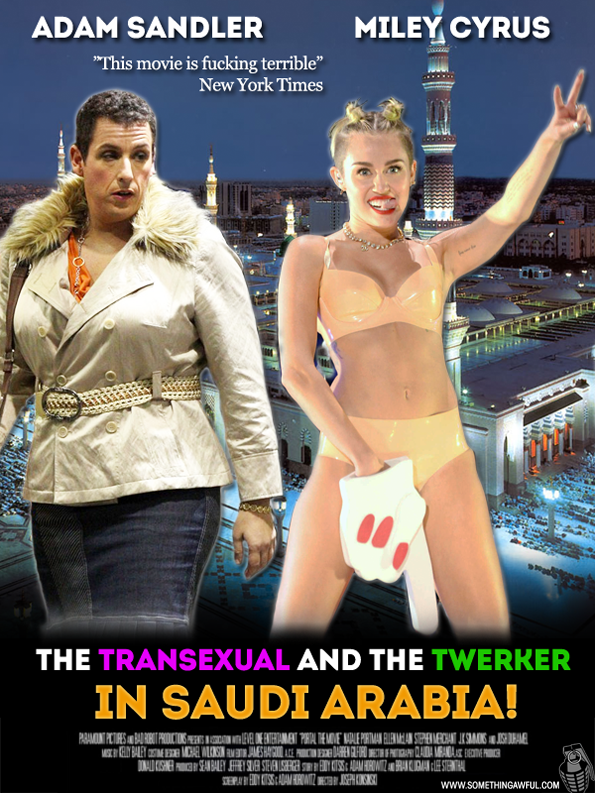 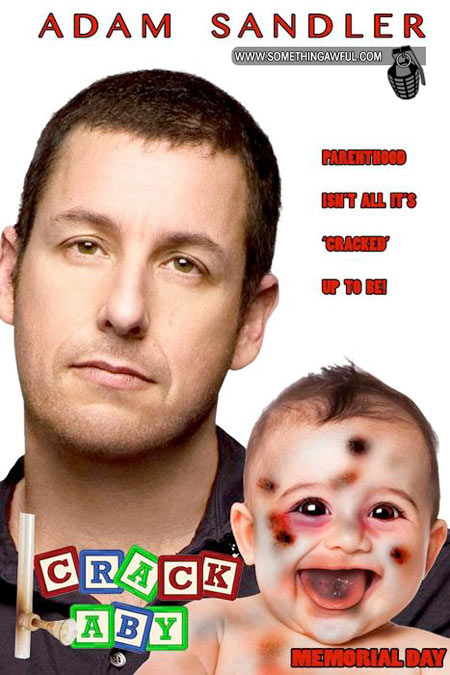 Thanks to CelticPredator for the theme, and to the Goons for thinking like Hollywood hot shots!