Google thinks they know me so well, just because they have access to every piece of information I have downloaded since 1997. What they don't know is that I hate their new browser with a passion and still don't see any reason to give up on my beloved Netscape Navigator. If you are one of the morons who downloaded Google Chrome, maybe you saw the comic strip that came with it. Unlike most internet created comics, this one didn't feature a sassy gamer girl that hangs out with nerds and takes part in witty exchanges of banter disgusting a subtle layer of sexual tension but more importantly, a respect for their Mario Kart prowess. Perhaps the forum goons could improve the comics by adding racism, drug references and fecal humor? If you're still in any doubt, read on.

8ender starts things off with a trip to tropical Scandanavia.

I hope you're prepared for Ocean's 14 because that's exactly what Blobone is about to cram intro into your eyes. 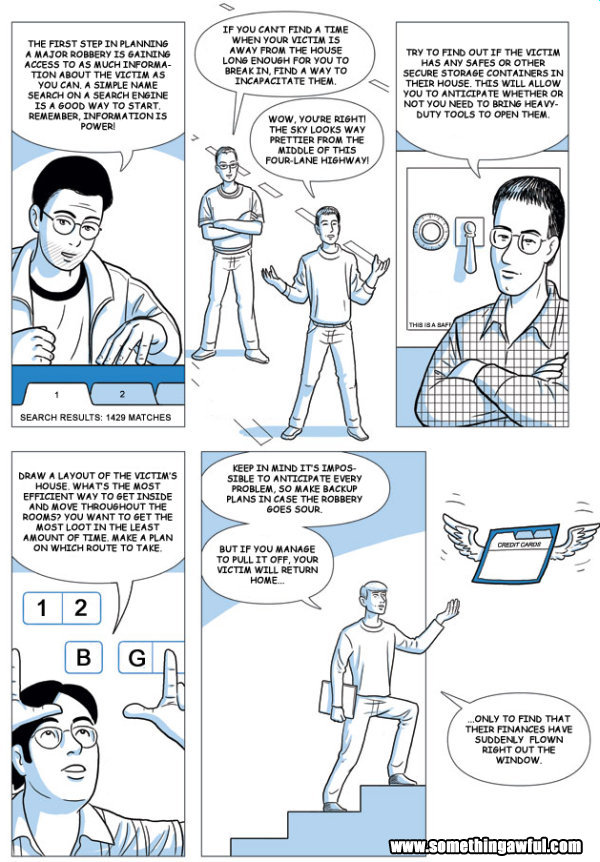 Here are two contributions from BooDoug187 which will make you feel revitalised and carefree like a schoolgirl drinking Jagerbombs. 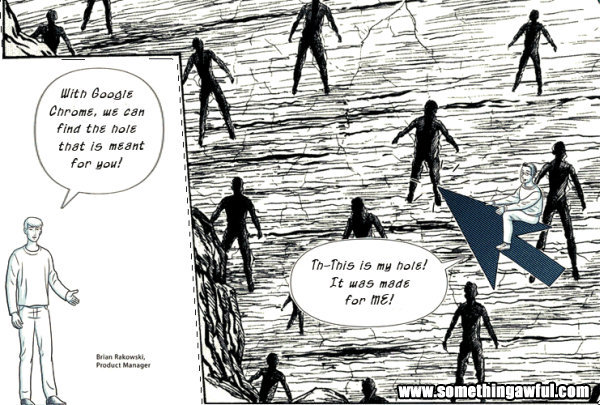 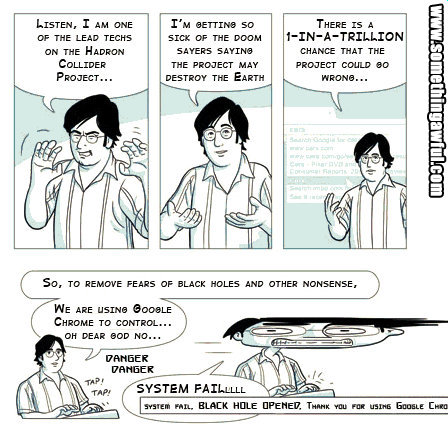 Matrix references in 2008? It's clear to see that Crumleg doesn't play by the traditional rules of comedy! 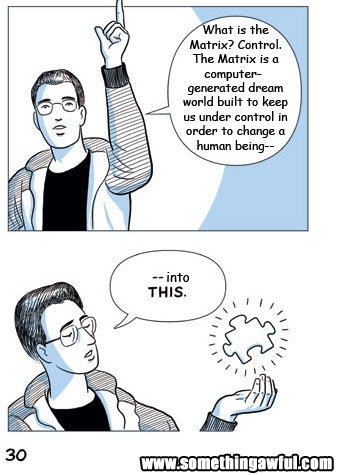