An Update from Your Local Halloween Superstore Proprietor 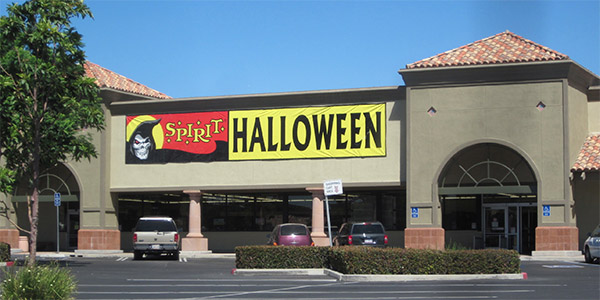 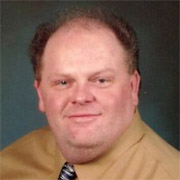 Turge SprickmanThat swirling mass of black clouds in the air can only mean one thing, folks: Your favorite Halloween Superstore is back in town to spread Halloween cheer, and the unfortunate smell of burning plastic! (Sorry, but that extreme surplus of Zoolander costumes isn't going to destroy itself.) While many view our "tacky" accoutrements as an eyesore on their city or town, we actually do a public service by bringing new life to superstores vacated during our recent Great Depression. Remember that Circuit City where you bought your first HDTV back in 2007? Well, now you can bring back some of those great shopping memories under the same ceiling, and without all of those squatting, displaced families staring at you with their sad, hungry eyes. Sure, some of them still might be hiding in the walls, but we're deploying our best flea and tick bombs before our grand opening on Saturday to flush them out.

Sure, I'm aware many of you don't view Halloween goods with the same degree of reverence that we do. When I hear people talk about "heading down to Target" or "popping over to Wal*Mart" to grab some spooky stuff, I want to spit my coffee out in disgust--but don't, because there's usually some Jim Beam in there and that would just be wasteful. You know what you get when you shop at one of those "normal" stores? Some dead-eyed teenager who doesn't know a goblin from a hobgoblin. Our dead-eyed teens are a horse of a different color, since we only hire accomplished runaways and drifters. I don't mean to use foul language, folks, but frankly, they've seen some shit. You really want to know what an exit wound looks like? Well, come on down to my store, and I'll pull Cody out of the back room--he'll talk your ear off.

Thanks to our laser-focused specialization, we can find you a pre-packaged costume long after the source material has gone out of fashion. Does your little one want to SLAM EVIL as Billy Zane's The Phantom for whatever reason? Well, our large back catalog of goods--which has been called a "flagrant hazard" by certain fire marshals--can make any misguided dream possible! Does your family dream of a Ballistic: Ecks vs. Sever theme for your trick-or-treating group? While I will judge you harshly in my own head, I can assure you the transaction will take place with very few personal insults lobbed in your direction. Being able to comfortably swallow my contempt for other human beings is just one of my many, many duties as a Halloween Superstore proprietor.

And we're not just a one-trick pony, folks. Along with costumes, we have a vast array of candy far greater than you'd find at a store firmly in the pocket of Big Nestle. Thanks to our recent acquisition of several A&P warehouses abandoned in the late '80s, we're proud to offer selections sold as-is that can be yours after signing a simple binding arbitration agreement. Come on in and take a bite out of a Reggie! bar, or peruse our sampling of Bonkers--it's two flavors of candy in one! Though most of it has liquefied in its packaging, so you'll want to watch out for that. And all paying customers receive one artisanally aged crate of Necco Wafers for free, if only because we've paid too many public dumping fees this year and we're really on the D.A.'s shit list.

To assuage your fears, we'd like to throw a little party for the community this Friday to show that we're not the "roving bandits of the retail industry"--thanks a bunch, Newsweek. We at the Halloween Superstore would like to invite all of the local wives into our spacious basement for a private gathering at 8:00pm. We only ask that you bring your finest hooded cloak--ceremonial daggers will be handed out at the door. Now, you might have heard whisperings about "the birth of a dark god," and "an unholy blood ritual," but we assure you they're simply lies concocted by larger retail forces in order to bring us down. We'll bob for apples, have a costume party, and maybe--just maybe--carve some innocent ancient runes upon our flesh. All in good fun! But please, no pictures.