I stood, transfixed, motionless. I saw the hard drive flashing towards me, then I felt the blinding impact of it spearing into my skull. 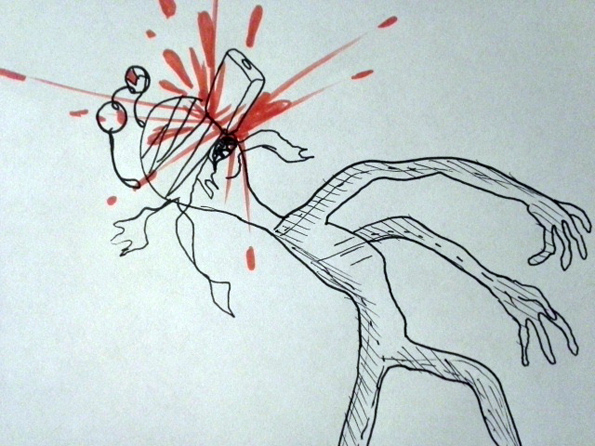 I toppled backwards. I fell out of the same window that Matt's body had fallen out of the day before.

As I fell, I tried to piece together the last few days, to make heads and tails of it. It had to have meaning, it had to have a purpose.

I felt that if I could just learn the lesson I was supposed to learn from all this, I could wake up from this nightmare and go back to my peaceful existence of commenting on Youtube videos.

I tried to reflect on all my actions, to find where I had gone wrong. I found nothing. Every step of the way I had acted exactly as an right-thinking person would have acted. I had done nothing wrong.

"Ok universe!" I howled into the wind as I plummeted, "I've figured it out! I know what it all means now!"

My family would always go to Mazio's Pizza after Wednesday night church, and all the other kids would go play in the arcade. I would always ask my parents for some quarters and they would always say no, so I would spend the evening searching for quarters under and behind the machines. Crawling around on all fours, hands and knees sticky from spilled cokes and chewing gum and mucous.

Sometimes, I would find a quarter. I would then spend that quarter on my favorite game, X-Men. I would also choose Cyclops.

Sometimes I could make it to the end of the first level where you fight the big fat guy.

I never beat him. Not even once.

I spun my body in the air and faced towards the ground in the direction I was falling, which was down. 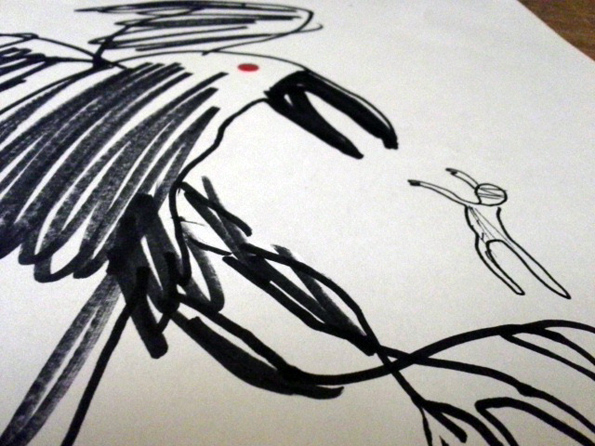 The wind was spinning the bird corpses around, and as I watched they coalesced into one single giant bird. This was unsurprising to me because I realized that this was my final test, the final boss at the end of the level.

I only had to defeat this foe, and I could finally advance... to whatever came next.

What happened next was the second most disappointing moment of my life.

The monstrous mockery of a bird opened its vast beak as if in a giant yawn and then nonchalantly snapped it shut as I fell into it, painfully shearing my body in two.

But it goes without saying that the first most disappointing moment of my life was when Firefly was cancelled by Fox after only one and a half seasons.

Up to that point, I can honestly say that I had never given much thought as to what the insides of a giant horror bird would be like, but I was still surprised to find that they consist of nothing more than an eternal dark void that I have been floating in, a senseless mind separated from my body, for millennium beyond counting...

Thanks to star war betamax for the forums thread, words and art, including some bonus drawings!