Recently, you might have heard about some kid restoring infamous "worst American film ever" contender Manos: The Hands of Print using a startlingly clear print he'd acquired in an auction. Roger Ebert Tweeted about it; SF Weekly blurbed about it; the maker of the Manos sequel condescendingly referred to it in a Fangoria interview. But what you might not have known was that the "kid" in question, Ben Solovey, posts at SA under the name "Ben Solo," and that he described the origins and intentions of his project in our very own Cinema Discusso subforum. Here is the Hugo-esque tale of how Ben Solo helped bring out the long-forgotten (if ever acknowledged) frame-by-frame beauty of Manos, a movie whose aesthetic qualities have been obscured by generations of foggy prints.

Ben Solo: Not long ago I was in San Diego, rummaging through a storage space full of old film and wondering what I'd gotten myself into. 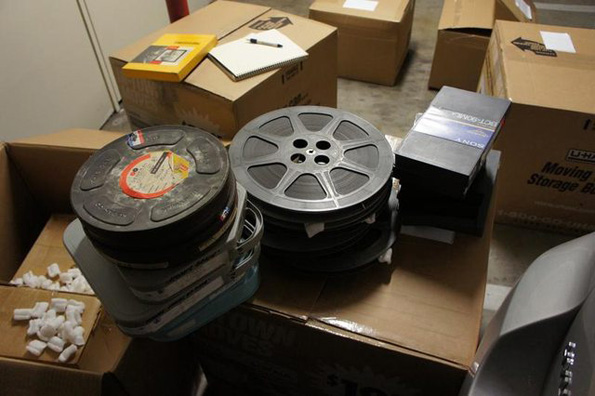 I'd been tipped off about an eBay auction that no one had bid on, probably because the freight was too high. It was boxes upon boxes of 16mm and 35mm film, titles that had lapsed into the public domain, all of which had belonged to a distributor called Emerson Films. Emerson's properties were familiar to anyone that had watched Mystery Science Theater 3000 back in the day, and on the list a few familiars jumped out at me: Six copies of The Atomic Brain in 16mm. Hamlet in 16mm and 35mm. Two copies of Manos: The Hands of Fate in 16mm.

"A piece of film history", I thought only half sarcastically, not intending to do much about it. But the more I thought about it, the more I was wanting to get back into 16mm collecting, which is a hobby that can have an enjoyable social side to it. Who doesn't like to host a movie night and show actual film?

I e-mailed the seller and made an offer on a small slice of the collection, about what you'd expect to pay for two or three 16mm prints, and offered to pick them up. I'd decided that I'd like to own The Atomic Brain and Manos, assuming they were in good enough shape. I got a reply the next day:

"You can have all the boxes... if you choose to eliminate some of them, so be it... (we are) moving to Florida on the 27th, and we don't want them to be part of the move."

The following Sunday I was driving back from San Diego with my car completely stuffed, a bill of sale tucked onto my dashboard. In Los Angeles, I knew I could flip and sell the prints I didn't want, and more than break even. I had looked at a few reels on a loupe and found them in great shape, with no acidic odor. The one Manos reel I had been able to inspect was a little faded but otherwise good. Considering its rarity, it was well worth the trouble. I looked forward to checking out the others.

When I got home, I found the leader, which had an alternate title I'd never heard of. 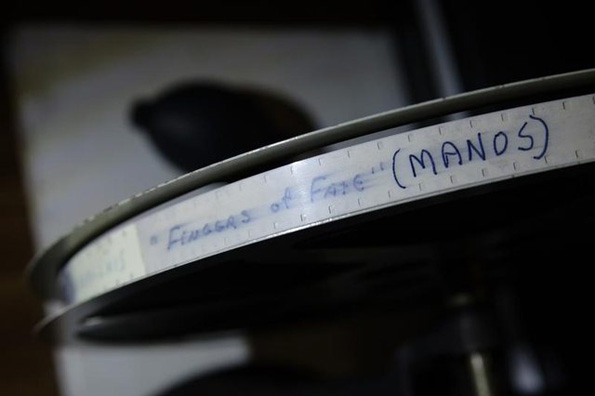 And the other copy of Manos. Immediately I saw the label, which read "WORKPRINT." 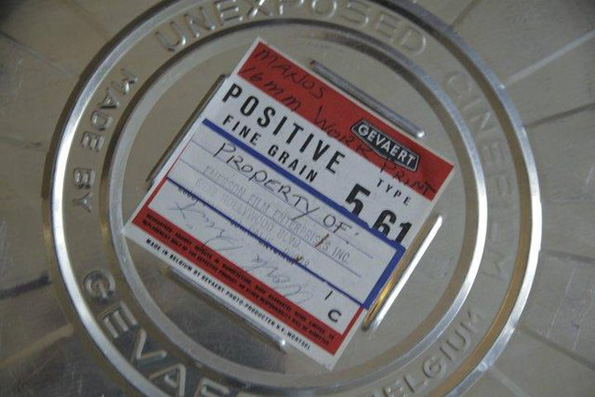 It seems that, in a cost cutting measure, Manos: The Hands of Fate had been shot on 16mm reversal stock and edited using that same stock. From that, a 35mm blow-up internegative had been made, and theatrical prints had been produced from that internegative in turn. Audiences at the time would have been watching a copy of a copy, and along the way cheap labwork had cropped the image and compromised the color.

A VHS transfer made from this material after 30 years of wear and tear is the version most commonly seen, and it's no surprise that, compared to the workprint, it looks like you're watching it through a shower drain. 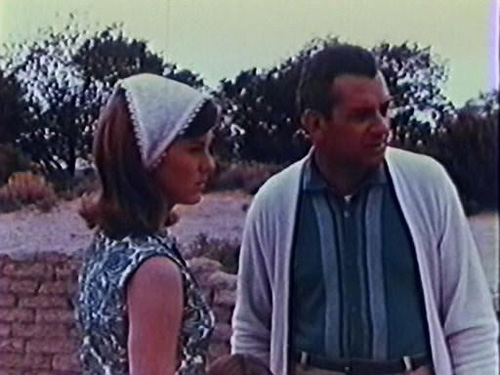 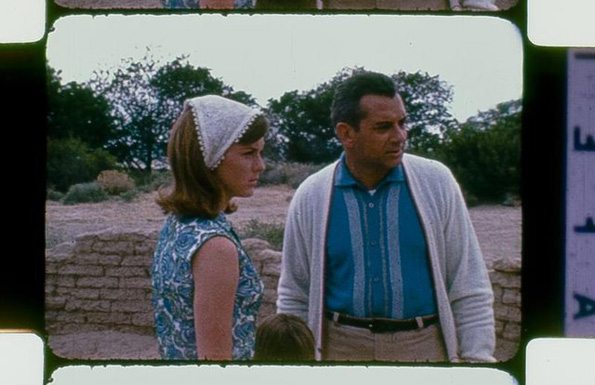