The Bloodlust of J.F. Swanton is Implacable

TO MY FAITHFUL I RETURN 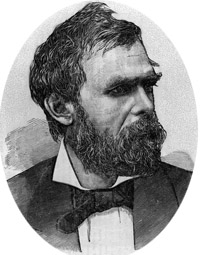 To my loyal customers I humbly submit the apology so richly deserved! Long has been the absence of your servant, J.F. Swanton, and no doubt many trappers have died of starvation for want of a buyer to claim their inferior wares. I pride myself on purchasing furs too filthy, too mangled and too nefariously obtained to pique the commercial interest of scrupulous individuals like my dearest friend, the honorable P.B. Fouke. Though I hope my reputation as the cruelest man the United States has not abated during my time abroad, the specifics of my commercial guarantee may warrant reminder:

I will pay the HIGHEST PRICES for the WORST WARES. While my close friend P.B. Fouke buys immaculate pelts to supply the nation's finest luxury furriers, I will gladly buy mangy pelts to satisfy half-wild mongoloid brutes and clothe shivering rapists. Moreover, I employ my personal fortune to purchase bloodied and unrecognizable carcasses for no greater reason than my perverse delight in death, for every dripping clod of hair and flesh is a monument to the suffering of a beast.

To celebrate my return to the catalogue fur business, I will gladly add TWENTY PERCENT to the listed price of ANY FUR you send me.

TO PHILLIP BOND FOUKE I OWE MY LIFE

When last I corresponded with you, my dear customers, I had suffered an ordeal most invigorating: I was pushed down a well by assailants unknown and spent several weeks at the bottom, broken nearly in half and pinned under boulders. I survived by drinking my own fluids, shearing portions of my lips away with my teeth and eventually attracting a badger with my ecstatic wailing (this badger became my friend, main source of food and briefly my heir, though he is dead now).

It is thanks to my stalwart friend P.B. Fouke, the greatest and most honest man who ever operated in the fur business, that I survived. He hauled my shattered body from that hole and mothered me back to health, putting aside his business interests to nurture his chief rival. I owe him my life; I repay his kindness with this declaration:

~ I WILL MURDER FOUKE'S WIVES & CHILDREN NO MORE FOREVER ~

Yea, I repeat my claim: P.B. Fouke is my true and only friend, and never more will I murder his kin. Within the compass of this promise I declare that I will neither drive them to suicide, endeavor to catch them in my cruel traps nor put bounties on their lives so that others might murder them.

I do not promise that I will never slay P.B. Fouke himself, but he knows that if I do murder him, it will be only out of genuine love and necessity. And know ye, dear customer, that I do not employ the word "love" without pondering the full weight of its implications; just as Heracles took countless male lovers in legend, I love Mr. Fouke in the most masculine and physical manner permissible under heaven.

MY PROTRACTED ABSENCE IS HERE EXPLAINED

Following my time in that God-forsaken pit, grappling ceaselessly with the badger I came to respect so well, I suffered severe injury to my person. Even after Mr. Fouke restored me to health, I continued to walk with a limp and my once great oratory skills were diminished by the masses of scar tissue where my lips had been. I feared that a Swanton crippled would be a Swanton who risked resorting to the folly and frippery of my esteemed friend, P.B. Fouke, who for all his professional excellence and personal merit will always be the lily-white son of a poet.

I was a man incomplete, and only one thing could restore my wounded pride: mayhem, and blood by the gallon!

The very same day I left Fouke's care, I resolved to submit fully to the bloodlust that I contain, under normal circumstances, only as much as is strictly necessary to operate a business. I swung wide the door of my manse and emerged nude as a lion, bellowing my wordless threat to all beasts who dared to draw breath in this world.

Though I have always considered the live breath of an animal to be a personal insult, my resolve to slay as many things as possible was redoubled. I limped northward into the bleak wilderness, and for two and one quarter glorious years I carved a deep swathe of gore into the forest primeval, eating naught but fur and bone, drinking only blood and musk, sleeping in fresh carcasses each night.

My limp gave way to a lopsided trot, then a feeble gallop; in time, I ran again. Sometimes, during the sporting pursuit of a wolf, I would howl and run on all fours, a hateful parody of my pathetic quarry.

My total absence measured 827 days. In that time, I slew the following:

Please note that these statistics do not include rodents, fish, lizards, snakes, birds and insects, which I gladly killed in passing but undertook no great efforts to pursue due to their inferior blood. I have also not included domesticated animals, such as horses, cows, sheep, dogs, cats and the like, since any boy child has killed dozens of each and there is no glory in it. 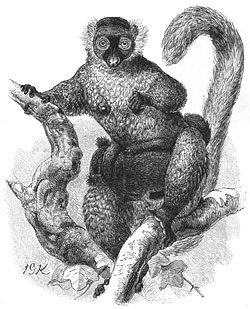 In addition, I have after decades of attempts narrowly surpassed my friendly rival P.B. Fouke in total number of animal species eradicated. I am guilty of the sin of pride, and may the Lord forgive me for this and my many other excesses, but I FULLY AND VERITABLY EXTINCTED THE FOLLOWING SPECIES FROM OUR WORLD:

TO ADD WEIGHT TO THE ABOVE CLAIM, I PLEDGE TO TURN OVER MY LANDS, MY BUSINESS AND ALL OF MY WORLDLY ASSETS TO ANY MAN WHO CONTRADICTS MY WORDS BY PRESENTING TO ME THE FRESH REMAINS OF ANY OF THESE EXTINCTED ANIMALS!

In celebration of the cornucopia of blood presented to my teeth by our just and merciful Lord, and in celebration of the seven species which I fully destroyed forever from this Earth, I insist that all customers deduct 20% from the price of all J.F. Swanton traps, still guaranteed to be the cruelest and most excessively torturous in existence.

My bloodlust has never been so implacable, and I pledge to translate my demented thirst for death into the lowest prices and fairest dealings in this noble industry. I AM THRILLED TO RETURN!

And with my own evil blood I'll swear it,