no they are a total sum of their parts which consists of the following:

you ever see a skeleton get hit by a boomerang 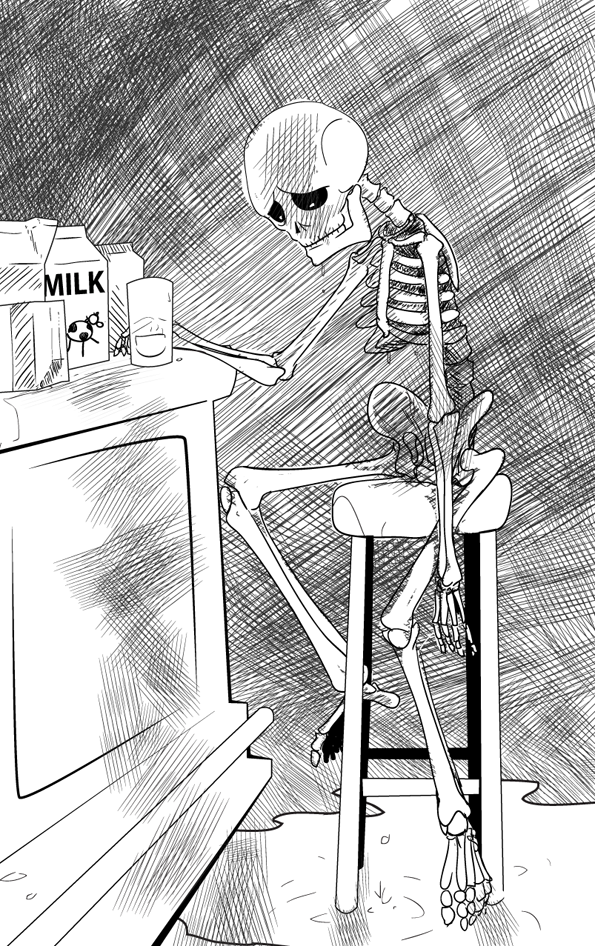 drinking milk would make them stronger, if only they could find a way

its a shame when a skeleton gets fossilized

they become powerful stone slkeletons, that is why caveman skeletons are so feared

skeletons are rude in general and enjoy harassing the elderly & school principals.

i'm eating a lot of food to keep my skeleton protected

is this the only way

Thanks again to Paraone and William "ryorininseven" Cook, as well as to FYAD in general. Finally, thanks to moonshine and morocco for the skeleton posts I used as promo text. Hi Ralp.